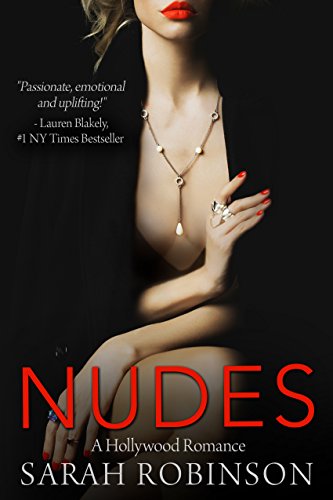 Hollywood….that’s always an eye-catcher for me, and for a change it was the female lead who’s the star. Well, star in the making….

Aria is lovely, talented and hardworking, her career means all to her, and she’s on the cusp of a breakthrough with her latest film.
She does seem to have the tendency to fall in love at the drop of a hat though and that brings her first big problem. She’s sleeping (silly phrase really – sleeping is the least that happens!) with the director of her current film. And then she finds him with an intern, getting a blow job and gave him the elbow. Since then he’s had the knives out for her.
She’s vowed to put her career first, that affair could have ended it before it really took off, so no more dangerous distractions.

Then along comes Ben, new CEO and the attraction between the two is visceral, full of sexual tension, simmering, sizzling touches and glances. Shocks them both, its the last thing either want.
Ben’s a lovely man, burned by his ex, a star a bit older than him who really blasted him when she left. He’s not going there again even though he can feel a real pull to Aria.
The feelings get the better of them though and they have a no strings weekend….and in the weeks after somehow they get pulled back together.
Everything seems to be going well, they’ve been very discreet, very careful but the director she was sleeping with is still out for revenge. He does the endings, not the lady and he wants to get back at her. He’s not happy with Ben, has picked up what’s going on, and in his nasty manipulative way sets in motions something that has the potential to end the careers and relationship of Ben and Aria.

Its nasty, and as Aria says why is it that the men are playboys and the ladies are sluts. That’s always the case isn’t it, so unfair and so hard to get past. A woman is sleeping her way to the top instead of using her talent, a man in the same position? Its all “good for you mate, you go get her!!” That double standard is seen in many careers not just Hollywood, but of course fame brings a wider interest, the internet ensures that info once out can never be properly controlled and the world will have an opinion, and be very loud and vicious in voicing it. Poor Aria is devastated, and thinks Ben is at fault. Of course if she’d just asked…but that would have made the book end sooner 😉 and spoil things.

The way Ben took back control, made reparations, and actually used the situation to show the anomaly of the way the sexes are treated differently was great. That was the clever theme in this story, a very good and pertinent one that’s far too true unfortunately. I just didn’t feel that the rest of the story quite lived up to the initial promise.

I enjoyed this story but didn’t love it. I needed a bit more than the insta-lust to imagine Aria and Ben were really in love, and felt that so much of the day to day stuff was glossed over, when with a bit more detail it would have made the story more alive, believable for me.A good read, but not a great one, not one for rereading.

Stars: Three, its a good read, just not quite as good as I’d thought it would be.