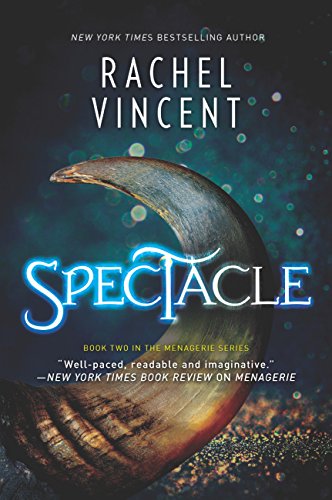 Book one had me riveted, saddened, excited, scared, and was an incredible read, book two lives up to all that and more.
The books are  based upon a world like ours, a kind of parllell universe, its our timeline but with different events. There’s been a terrible slaughtering in the 1980’s they call The Reaping in the USA. It led to some harsh legislation where people deemed to be not wholly human have no protection, can be used in experiments, sold, exhibited, abused  and have no rights. Interspersed between chapters are snippets of TV and News report from that time.

We met Delilah and some of the characters from here in book one, where they finally escaped Metzger’s Menagerie. They’re carrying on as if Metzger still runs it, and once the curtains are closed then everyone who can safely be freed is, and hopefully they can escape to a better life in another country.
Its not long though before their coup is revealed, and they are caught once more, and become part of the Savage spectacle, a private collection specializing in some horrific shows.
Once more they lose all their hard won freedom and are subject to Vandercamp and his wife’s cruelty. Money is all they care about, the cryptids are kept in more hygenic situations, better fed, but only because they can make more money out of them that way.
Its horrible to see all their hopes and dreams shattered, but Delilah just won’t give in.

At first she doesn’t see what they can do but when she sees how the others are convinced she’ll come up with a plan again, that they are relying on her – well, she just has to start thinking of what they can do, so that if an opportunity arises they can make best use of it.
Its far harder though, Vandercamp has perfected collars that control them, stop them shifting, or force a shift when he wants one, stops them talking about certain things and at night stops them talking at all. The collars can even paralyse them completely, leaving them conscious but helpless, and of course they deliver shocks if the wearer tries to go beyond a set boundary…..it seems fool proof, no way out but with them looking to Delilah how can she let them down?

Gallagher is here too, thought to be human at first and taken to prison but his cap finally gave away his species, and Vandercamp is using his loyalty to Delilah to force him to fight and kill for entertainment.
Its horrific for him, his honour demands that he fight only when threatened and yet he also has vowed to protect Delilah so he has to do what’s demanded to stop her being hurt.

There are some awful scenes here, you wonder just how far people will go for power, money, influence and plain old blood thirsty entertainment, and once more its done in such a realistic way that I truly believe there’s a real danger that if this were genuine situation then much of it would be possible, that we would pass such legislation, telling ourselves that they are not “human” and so don’t need protecting, are dangerous, need to be controlled…
There’s an undercurrent too below the visible entertainment, that seems to dredge the depths and behind the scenes even darker depravity is going on.
Delilah is determined to find a way out, and situations arise that speed up the timeline, that mean they need to be out sooner rather than later.

It was good to see so many of the previous characters, heart-breaking seeing parents separated from their children, seeing kids forced to fight for their lives, seeing how awfully they treat them all, how they only look at what they can do to make money and simply don’t try to understand the individual characters. How ready they are to simply euthanise them if they aren’t financially viable. Its truly awful knowing the consequences of the depravity the Cryptids are forced into. There’s a big shock for Delilah here too.

The ending is similar to book one in that it completes the book, wraps up this part of the story and yet we know that the search for freedom is very far from over, that their next moves need to be carefully thought out, that the risk is always there in everything they do, everywhere they go.
Its not one of those awful cliff hanger endings that I hate, but one that opens up and shows the direction the next book will take.

Its another fascinating, fabulous and absorbing read, and though I’ve used the word horrific several times its not a horror book per se, but one where horrible things happen, mainly due to human greed.
Book three soon please Rachel 🙂

Stars: Five, another terrific read and I really hope the next book isn’t long in coming!