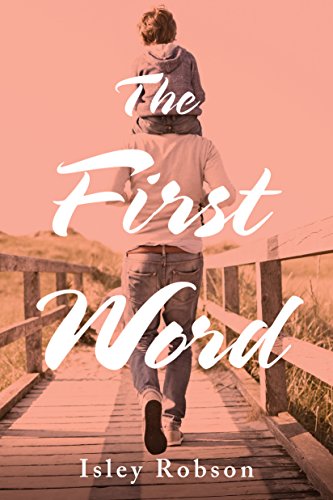 I got this as part of the Prime First to Read programme and loved it.
I wasn’t sure if it would be one for me, and put off reading it for a coupe of weeks, but once I started I was hooked.

Andie has a tragic past, and its affected her as an adult. She’s an amazing lady IMO, has overcome so much, given the lack of family support she deserved.
She’s very focused on a kind of redemption, and throws herself into her work of helping children. Then just as the clinic she’s working in closes she gets offered a live in job working with autistic toddler Will. She says no, she can’t get that close to a child, scared of the responsibility but when Rhys tells her Will has spoken her name as his first ever work she agrees to three months.

Rhys, what an amazing man. Its clear he shares some traits with Will, and I do feel that many of us are far from “normal” but live somewhere along the line, where normal isn’t a set definition, but some common traits, and we may be more or less along the average spectrum.
He’s kind of geeky, which has worked well for him professionally but not so well in his personal life.
His workplace, the way his staff adore him, protect him show what a kind and generous man he is.
I so wanted him and Andie to find that connection, could feel how attracted they were but Rhys isn’t sure how to proceed, he’s a bit self conscious, a bit unsure when it comes to things outside his professional life, and Andie…well she doesn’t seem to feel she deserves love. Sad, so sad and I wanted things to change for them.

Will is adorable and it was good to see how people react to kids – and adults – in the real world. Yep, sadly its like that, people do judge, blame, get impatient, though when they understand many can be more supportive. Not all though ;-(
He was really well portrayed, I know a few kids with disabilities, though none with autism, but from what I’ve read his actions and reactions were pretty accurate and made sense.

Throw in Rhys ex, who suddenly appears, beautiful in an ice queen way, and determined to get back with Rhys, an Andie’s family and we’ve a terrific cast of characters that make for a great story, with so much more than a simple romance. One I loved and would re-read.

Stars: five, a fabulous story, so real, so moving and a beautiful romance.