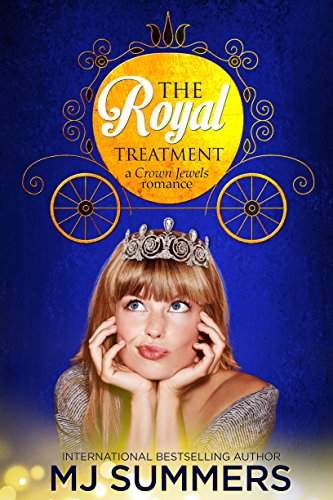 I’d read some of MJ’s Hearts series with mixed results, so I wasn’t sure about this but…fame, the film, rock-star, royal trope has a hook in me and I decided to go for it. and I’m so glad, its a great fun read.
Its not deep dark drama but modern day chick-lit but with a serious side. There’s some terrific humour tucked in too, which had me sniggering loudly. Lucky it’s just me n the dog here…..

Tessa is a lovely girl but as the only girl with four brothers, all in very important positions job wise she struggles. She tried hard, loved her journalism, but fell for the wrong guy, her ex boss and now she’s found he’s managed to ensure all doors in that field are closed to her.
B astard!! It happens though, out in the real world, and Tessa is trying to move on, and has discovered the world of blogging.
Its hard work to get enough income to live from it though, so after some research and a bit of trial and error she found posts about the royal family, especially contentious ones, were really popular. So she becomes scathing in her criticism, the blog stats soar, and at a time of massive unpopularity for the Monarchy she’s well known as the most fierce critic.

Prince Arthur knows how deep the crisis runs, thanks to his father, a cold man, cares little for anything or anybody, who embodies the lack of principles their fiercest critics use against them. He knows things have to change, that they need to change their image very quickly and asks Tessa to stay for two months, arrogantly convinced he can easily wrap her round his finger, convince her of the good the Royals do and change public perception.
I love the way things played out, the way he saw himself through her eyes, the way she saw her blog from the moral point of her young niece ( why is it OK to write bad things about people when adults tell kids to be polite? Good Point!)
The heat between the two, the conversations that take an increasingly personal slant, the lust that’s turning to more, all makes great reading.
Then there’s how Tessa discovers actually lots of what she criticises isn’t necessarily the whole story, just media perceptions and assumptions. Likewise Arthur sees that the image the royals put out needs adapting to modern times, that the duty he and his family feel, the job he was born and raised for is in real peril. 800 years of looking after the country could be lost if they don’t deal with it right now.

We didn’t see much of his sister but his grandmother – what a great lady. I want to be like her!

Growing up in a socialist household with a dad who was fiercely anti monarchy, much of Tessa’s arguments are very familiar.
They’re sentiments often trotted out by the media, how the Royals cost £xxx millions etc without actually showing the other side, how much is actually their own money, how they provide jobs, increase tourism, bring in staggering amounts of cash to the country, how they work very hard even if it looks like lunches and balls all the while.
Underneath the surface there’s a lot going on that they have no control over, they can’t have  bad day, take a sickie and binge watch serials on TV.
For them the Show Must Go On. I wouldn’t swap places with them.

Its a great fun read, light but with some serious points, and some cracking humour. The Shock Jogger. I’ll say no more (snigger…) and on the serious side for instance there’s Tessa’s blog, is it really fair to pronounce such scathing comments on personalities, is it OK just because they’re in the public eye or is it wrong, especially when the arguments are based on public supposition, not necessarily facts.
Then there the issue of looking at both sides to the royal arguments, and wondering quite where I stand. With dad as a kid as most kids are, but very much changed views now I’m an adult and can look beyond shock stats. Then of course there’s the humour that provided some great moments, and a lighter side each time the story got a little intense. .
There are follow up stories but this one is complete in its own right.

Stars: five,a fabulous read, light and easy, with some solid points to mull over.