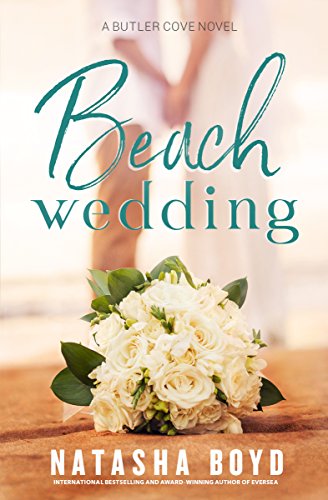 I read books one and two when they were first out and loved them, have reread them since then.
There’s been an Eversea novella since then, and two more full books featuring others from these stories, but now we’re back with Jack and Keri Ann.
I love those two. I don’t often go for follow up reads, for me the magic is in how they actually get together but sometimes I like to keep up with special characters and Jack and Keri Ann are ones I so loved.
Natasha writes a perfect balance of love and sex without the love being sickly and the sex OTT. Sadly that happens more and more in romance, authors adding sex in simply to tittilate the reader it feels. Here there’s some real sensuality but it fits the story and the characters, and I wasn’t quite ready to leave them til the Wedding. so here I am reading more from characters whose stories I know….

Its been four years now, Jack has wanted to get married but Keri Ann wanted to finish college and launch her career first. I understood that, as Jack’s wife people would be flocking to buy her work, and she wants the satisfaction that it sells because its good, because people want it, not because of the name attached.

Its a long while to wait though, and after Jack’s latest film he seems to be wavering. He wrote and has starred in a book about his former life and father, except no-one actually knows his connection. His father was a horrible man, that’s why his mum fled, taking Jack, changing their names and living anonymously til now. Playing his father has been hard on Jack, brought up to him just what an awful man he was, and its affected him badly.

Keri’s worried, finally she says she’s ready for marriage and after talking about it constantly Jack’s gone quiet. It plays on her fears, she’s always worried she’s not good enough for Jack, especially after they had such a rocky start, and she’s scared he’s changed his mind.
I was so worried for her, pretty convinced Jack still wanted her, but worried about why he wasn’t leaping for joy now she’s finally agreed. It seemed out of character, and its clear he’s out of sorts himself. What’s going on?
I love that sort of drama, where we try to work out what the issue is, what will happen. Love when a story doesn’t rush to the happy ever after ending but meaders and takes a wiggly route.
I love these two, and their freinds and family. A great group and a terrific story full of emotion, tempered with some subtle humour as the characters talk and joke among themselves.
I love the way the family home has grown, love the preparations of the first wedding to be held there now its a business, not just a home, though the bride was a brizezilla, well, her mum was. When we met the groom I kind of understood where the bride was coming from poor girl.

Stars: five, a fabulous dive back to Jack and Keri Ann’s life, and a wonderful emotional read. Perfect ending too.

Book purchase! Yep, get loads of ARCs, have KU, use the kindle free reads and yet still buy books 🙂 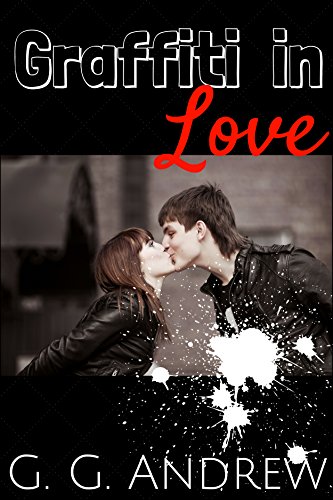 Saw this, and author the author is unfamiliar to me the book appealed, it was only 99p so on the kindle it went….
Its a fun read, light and easy to follow but with some serious thought behind the issues raised.

Laurel, I liked her, she’s always the family good girl, seeming to feel she has to make up for her sisters issues.
That does happen in families, there are contrasting children, and it made me wonder what was behind the root of her sisters problems, why did she do it, and did Laurel really need to always be the Good Sister, when inside it gave her grief, affected everything she did.
Her job is City planning, but she’s lost that, through no fault of her own and is struggling to find another. She’s really resentful of Kaveman, sees his actions as destructive, adding to city crime, desecrating other people’s property.
There’s an argument she’s right, we make kids criminals when they do it, and then make heroes out of others, such as here and the UK artist Banksy. I’m guessing Kaveman is modeled on him, similar controversy exists over his anonymity, over selling of his works for vast sums, and selling prints of his work. From being an avaunt guard renegade he’s become Establishment, one of the people who he’s been protesting about in his work…kind of weird isn’t it?

But then we see the art through Kaveman’s eyes, when he’s explaining to Laurel just what he sees and how, why he feels his work needs to be done, what he’s trying to achieve.
It’s not just mindless vandalism but a combination of exposing hypocrisy, unfairness, issues that otherwise get swept under the carpet. It’s also teaching people that beauty is everywhere, not just on a canvas or paper, an orderly garden or tidy building.
Beauty exists outside lines and boxes, and we see that for Laurel those boxes are whats controlling her world instead of her controlling it.

Interesting concepts, and I love seeing the reasons people behave in certain ways, and having things set out in a solid romance like this, with real people, genuine problems make for a good story for me. I really enjoyed this novel, and as a UK reader it was a treat too to get a UK main character

Book purchase! Yep, get loads of ARCs, have KU, use the kindle free reads and yet still buy books 🙂