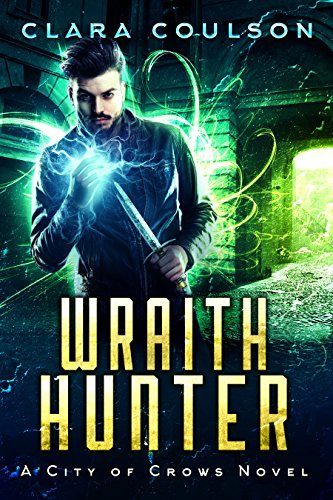 This is turning out to be a cracking series, seems to be full of drama, action, puzzles, danger and each day seems to bring Cal and the crew into more of it. It’s not quite like that though, when this story opens its some months after that action of the last book, the gang have taken time to heal from the incredible injuries they incurred back then and that’s as it should be.
When a book is day after day of non stop action it makes me think” who dealt with all this before?” and “who will do xyz when this gang are gone?”
Spaced out over time feels much more fluid and natural than the one-drama-on-top-of-another story lines too many books have.

The last two books have proved to be openers for more action, and I love that the vampire who was the catalyst for Cal joining the DSI is in this book, and of course wonder about him and his actions. Are they as cut and dried as they seemed? Or is he just as much a victim of circumstance. Or maybe its just his job, that’s going to make him p iss off a lot of people, maybe it is all about the money for him. Who knows? He’s an intriguing character and I want to read more of him.

I love Cal, he’s a great lead, talented and yet flawed too, he knows he doesn’t have all the answers, knows his limitations but throws himself in wholeheartedly when he believes its needed regardless of the cost to himself.
Erica, oh I hated that bit, what she needed to do, and why she felt she had no alternative. fingers crossed that all works out well.
Cooper – a surprise there? Or not, maybe its another red herring – though book one made me wonder if that might happen. I love storylines that make me wonder what if, and how come, and maybe this will….you know the sort, where you get so involved with characters you think of them as real.
The rest of the gang are there, with a few new guys ( and ladies) joining in and it was great seeing them all again. Like meeting old friends, and making new ones.

Its a fabulous read once more, things to puzzle out, drama and action, dangers, and speaking of which, those elevating zombies – what fun they were. The sly humour that had them dressed up in long coats and carrying scythes.
Its little touches like that which lift this novel up, give some levity to the dark dramas surrounding some of the main plots. There are other little touches worked in too, moments of humour, things that make these characters feel real. We all crack jokes at inappropriate times, that’s the kind of human way of dealing with stress and fright and it works so well here. Thats what separate a good book from the crowd, the little extras that keep us reading.

The plots in this part wrap up well, but open up the wider one that’s been building, and I really want to read more right now!!

Stars: five, another rivetting instalment, whetting my appitite for more. I know when this series is ended its going to be one I reread right through, in a back-to-back reading fest. I love to read series like that, get fully immersed in another world.

The Idea of You, Robinne Lee

The Idea of You, Robinne Lee 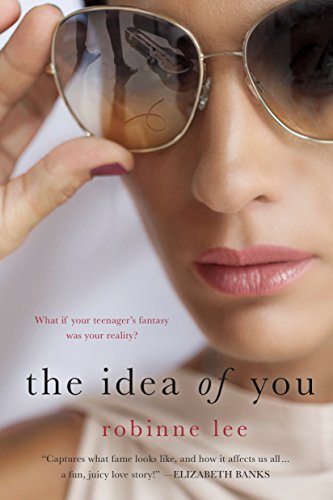 Well, what an amazing book, and how hard it is to write a review.

Its not classed as romance, but the blurb suggests its a romantic tale and it is – and yet it isn’t.
If you want the HEA its not for you, but it is a beautifully bittersweet story that’s worth reading for itself, not for the ending grab this book now.
It’s a romantic story but not a Romance novel, featuring a 39 year old polished, confident, successful lady, mother of 13 yr old Isabelle, and Hayes, 20 year old pop star sensation.
You read that and think “no way, what will they have in common?” and that’s my unrealised perceptions and bias coming in because if Hayes was 39 and Solene 20 who’d take notice?
Its accepted for men to have vastly younger girlfriends and yet for women? Nope, that’s just Not On. Why though? If they’re in love should age matter?
Hayes isn’t like the average 20 year old, in fact all the lads in the band act older than their age. Is it their upbringing? Education? Or what they’ve been through to get so far with the band?
It means though that for me the romance is believable, Solene and Hayes really do feel in love.

I enjoyed Solene’s character, beautiful but not Barbie model style, she loves her daughter, gets on OK with her ex – who does have a younger girlfriend – and of course that’s easily accepted.
When the ex is criticising her about Hayes I wanted to say “look at yourself first before throwing stones”, but its back to that unfair divide between the sexes.
Its like when men have lots of sexual partners they’re Playboys, eternal bachelors, and no one thinks anything of it, but when it’s the women they’re with, they’re described its shameless, sluts, tarts etc. All the derogatory comments get thrown at them, but never at men for doing exactly the same thing. And that’s my rant over 😉

What I love about stories like this is how the characters get together.
Hayes is always open about what he wants, but Solene? She knows how it’ll be seen even while she’s feeling the pull of attraction to him, kids herself its just lunch, then a little more and so on, until they’re deeply in the throes of passion, fallen hard for each other.
The age gap honestly doesn’t seem to matter. Hayes is mature enough to know what he wants and go for it, and Solene’s able to enjoy time with him, in and out of bed.
He’s intelligent, a good conversationalist, educated, interested in so many things.
I loved that Solene was successful in her own right, that she and her partner ran a flourishing art gallery. The way the art, the exhibitions, promotions and artists are talked about suggests its either a field Robinne is familiar with, or has researched very well.
Its things like that which lift a novel and make it stand out from the hundreds of thousands of similar works. A novel for the Thinking reader 😉

The media: once their story was out, the way Solene was savaged in print and on the net, the way it over spilled into her personal and business life, all embody just what I hate about the media.
Truth isn’t important, only the sales that come with a story, the more scurrilous the better. Destroy a family, pushing someone to suicide, ending someone’s career, all become unimportant casualties in the quest for sensationalism.
I hate it – please don’t buy/read those kind of stories, without readers there would be no adverts, without adverts and the income they bring there will be no life breaking untruthful or deceptive stories.

What I hated – really, really hated – was the ending. I just didn’t expect that, didn’t like it, and find it hard to accept. I’ve mentally decided there’s another book 🙂 giving me the ending I wanted.
As I said its not billed as Romance, but the way the story unfolds lulled me into thinking it was going to be one…

Its an incredibly believable tale, even if like me you think “20?? what will they talk about?” Its written so cleverly that you very soon forget their ages, and get caught up in their lives. There are times it hits with a bang, when the band do something, someone says something, that reminds the reader of the gap, but those moments seem to serve as a harsh reminder of people’s perception, of Solene’s fear of where it will end, what the future holds.

Stars: five, a fabulous story, and if the ending had been different its would be one I’d happily reread – but its not, and I won’t!