In Her Blood, (The Dagger Chronicles 1), Janice Jones

In Her Blood, (The Dagger Chronicles 1), Janice Jones 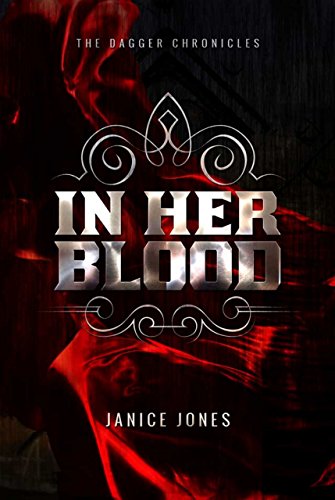 Genre:  Romance, New Adult
Edit: Its priced at over £10, $13 for an unknown author…Seriously?? I’m all about supporting writers but that price is way to much. I think twice about paying that for one of my favourite, well established authors.

Well, its termed Romance so I expected there to be some in the book, but apart from some heated action between Jason and Alex towards the end, that’s it for Romance.
Even that feels more like scratching an itch, sex for the sake of it, there’s no real closeness, nothing other than lust between them though there are hints Jason might be feeling more.

I felt there were too many people, too many plots, and there I’m saying that when I hate the simplified, one plot book that pervades the best seller list.
This though feels like Janice has taken every supernatural concept she ever could come up with, every possible connection and thrown it all together. the Blunderbuss effect, throw it all and hope some sticks. It makes for a messy novel though IMO.

I didn’t really like Alex, didn’t dislike her, but there’s nothing special that I can say I like about her personality. I felt for her, but I didn’t understand how she went from A, working as the Dagger for her “father” to B, famous successful business owner. That just doesn’t happen without an awful lot of clout.
Then there’s all her very useful contacts and people owing her favours. how did that happen, so many powerful people knowing her, owing her?
She spent from 13 to 21 as far as I can see locked away underground unless out on a mission with the rest of the team. After that she’s building a base in the human world for her clothing line I assume, so how did she become so close to all these powerful supernaturals. What did she use for funding to build her business?
There’s too many unanswered questions for me to believe this could happen that way.

Jason seemed intriguing when I read the synopsis but I’ve a horrible feeling he’s going to be one of those soft in love types, that become almost emasculated vampires when it comes to their lover ( Think JC from Anita Blake…)
I do wonder how these centuries old vampires survive when a pretty face can make them lose all sense.

There are irritations too, at one point Jason and Coop are talking and “Jason sat back with a grin and took Amy’s water…” Who’s Amy? Its only the two of them meeting.
Then later we’re told Jason was born 115 years ago. OK – so how come later he’s talking to himself “after three centuries of being what I am” – is he 115 or over 300.
The bit about Someone – won’t mention a name ( though if you’re as confused as me it probably wouldn’t matter!) who’s recovering and needs…how shall i put it…a certain type of blood, was a step too far for me, really made me feel uncomfortable.
I just don’t like reading things like that and it wasn’t necessary. shock value writing and not good IMO.

I’ve got all the way through and I’m still confused, so many double deals, blackmails, bait and switch, so many hidden agendas, and those playing both sides that I really aren’t any wiser now I’ve finished.
I really, really wanted to like this book but for me its a fail.

Stars: Two, sorry one that I won’t be continuing with. I tried, I did finish it but am still lost as to whats actually going on.