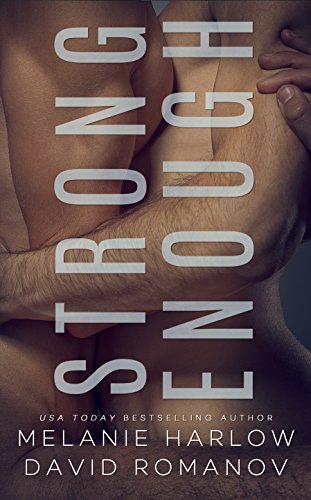 I’ve enjoyed some of Melanie’s past novels and was delighted to get this for review – I do so like a good M?M romance, somehow there’s so often the tenderness, the real romance side that’s often lacking in hetero novels. And this book had bags of that, along with some very sensual heat.

I loved Maxim, he’s just such a true gentleman, loves his mum and little sister, opens doors for ladies, always polite, that sort of guy.
He wants more than the life waiting for him in Russia, with its anti-gay stance, and has taken a 6 month visa to the US to follow his script-writing dreams. Sadly though, like so many he’s unprepared for the vicious, cruel world waiting to take advantage of an innocent.
The guy who’s meeting him and showing him to his new home doesn’t show up, then having a drink in a bar wondering what to do next his luggage gets nicked, and he’s homeless, jobless, cashless all in one fell swoop.
Luckily Derek’s sister has a penchant for strays, for helping people and animals and when she hears whats happened she invited Max to stay with Derek, then rings Derek and tells him 😉

Derek’s kind of  a neat freak, a place for everything and everything in its place. His friends take the mickey but its how he is, along with his long held dream of wife and family. Times passing though, he’s approaching forty and hasn’t got there yet despite trying hard.
Of course when we see him with Max its clear why, he’s really not that into women, maybe he’s bi, but its clear he wants Max. He’s had an upbringing though that’s taught him Gay Is Bad.

What a disservice parents do when they inflict their bias and views on their kids, and how hard it is to come out and go against parental dictates.
Its not good parenting doing that, but sadly for so many people its what they get. I get the feeling its not so much homophobia, as not really understanding it and fear that drives his parents.
Never the less Derek is not going to act on his attraction, it makes him angry with himself and Max, just knowing its there. And then it all gets too much and he snatches Max into one searingly sensual, erotic, life changing kiss that shocks them both.

Gah, Derek made me so angry with his hot/cold, not-my-fault attitude, and poor Max was totally confused.
I did understand and sympathise with Derek though, he’s repressed these feelings for so long, won’t even acknowledge them to himself, so he’s had his world turned upside down when he cant do that with Max.
Max isn’t going to be anyones dirty little secret though, had to hide himself in Russia, isn’t doing that again…

So can they make it through, can they find a HEA or is their romance doomed?
Its heartbreaking at times wanting them to be together and yet seeing Derek’s barriers fall down tight again.
I really enjoyed their story, the emotions, the sweetness, and of course the angst.

Stars: five, a really emotional read, with a sweet and yet steamy romance.