Beneath the Apple Leaves, Harmony Verna

Beneath the Apple Leaves, Harmony Verna 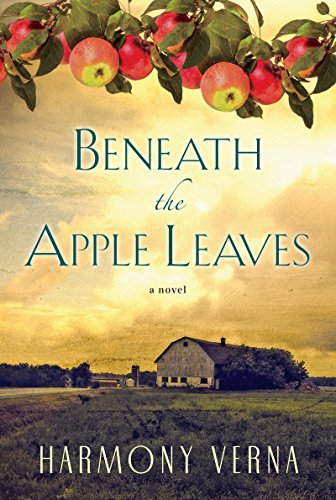 I hadn’t read Daughter of Australia, but liked the sound of this.
Its a terrific read, very packed full of events, characters and incidents that feel so real, and some heartbreaking sorrow. It does have a HEA for the main two characters though 🙂
Its so intense, so heartbreaking at times, that I read this in three installments instead of my usual straight through. Though I desperately wanted to know what came next, some of the events really pulled at me, the story got so real, so emotional that I needed a break.
Its one I would happily reread too, one that will stay with me for a long time.

Its set in US at the beginning of WW1, a time when it seemed like every country was at each others throats, and as still happens the media whip up hatred, minorities get spurned at best, murdered at worst by righteous feeling so-called “patriots”. Yet these people are doing nothing except living their lives, struggling along with everyone else. They didn’t start the war, but they and their families reap the hatred engendered by it. Pretty much as immigrants and Muslims do today in so many countries. I’m ashamed to say the UK is one of them…fake stories, media exaggeration and lies, and people turn into mobs, lose their compassion, do things that many of them wouldn’t have dreamed of before.

Of course in this atmosphere some flourish, fan the flames of hatred, turn things to personal advantage and profit, and Frank Morton is one such man. A dangerous and powerful man to be on the wrong side of, and he’s got there by some evil methods. He’s married to Lily’s sister Claire, a lovely lady but very scared, slightly childlike, simple minded, it seems and Lily does all she can to protect her. They have such a sad story, little good in their life until Andrew and his family come to live there.

Andrew is a solid character, full of strength, morality, fairness and compassion he’s a true Gentleman. I loved him all the way through, he was a wonderful man.
His father hates the mines and vows Andrew will have a different path. Sadly though his plans fail, an underground explosion kills him, and as happened back then the house came with the job, so it was Andrew to the mine or 30 days to move out.
Andrews mother arranges for him to apprentice with her sister’s husband on the railways and she goes back to Holland.

After all those things happening you’d think Andrew might have some luck, but he gets the reverse, is badly injured in an accident leaving him permanently disabled. Wilhelm feels guilty and can’t stand the shame, so he leaves the job he loved, and takes the family to the farm.
He was brought up on one but vowed never to go back, but Eveline has always wanted to raise their children in the country, rather than the smog ridden city. The farm though turns out to be a wreck and the only good thing to come out of the move is Lily.

Its a beautifully written, wonderful love story, but a very rocky road to get there. There’s tragedies, harassment, deliberate vandalism, anti German sentiments when the US gets involved in the war. At times it feels like if it can go wrong it will.
In among that though are the gems, the elderly couple who deliver baked goods, of different races who understand mindless prejudice, the Muellers, another local family who’ve worked hard and now have a prospering farm, the friendship between Andrew and their son Pieter, and of course the very tender, emotional, gentle romance between Lily and Andrew.
Its very much a romance of the time, nothing outward, nothing seen for a long while when they both hide their feelings thinking the other is too good. Even when they do finally let their feelings show its still a few careful glances, subtle touches, and very chaste kisses. Very much what would happen in those days.
Its a rocky path though, with lots of misunderstandings and some outright lies and evil manipulations by Frank, who doesn’t approve. Lily is his, he wants full control over her and uses her love for Claire to keep it. He really is a nasty, vicious  piece of work. Sadly he’s the sort that do well in war-times.

Stars: five, an amazing read, tender and beautiful romance, and played out in a very realistic setting, characters and events that feel very genuine.
Reaching the finish I was sad to see these people go, though very happy at the final ending.