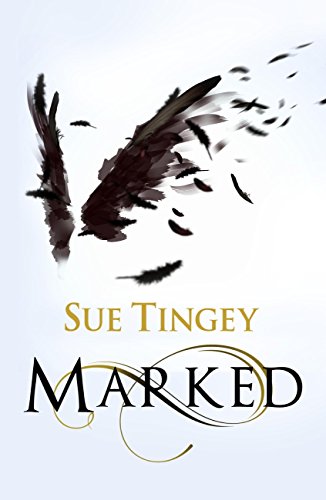 This novel turned out to be far from what I’d expected. I really enjoyed the beginning of this but….it changed dramatically and once the Underlands were brought in I really wasn’t enjoying it.

Parts were interesting, the court intrigue but with all the different daemon descriptions, the twee names of two of her guards, the jealousy between Jamie and Jinx, and then the drakon, who can change size as needed it all began to feel like a YA novel to me, with some pretty urghh torture scenes that seemed to be added for keeping in in the adult genre…

I felt there was a lot going on but not much actually happening, that kind of odd thing when none of the events actually have any real conclusion, where threats are everywhere but none happen, where everyone is urging Lucky to be quiet, go unseen and of course New Girl knows best and does the opposite, but despite the dire predictions its rare anything much results.

The emphasis on sex and her virginity, her shock at the daemon guards of her friend Kayla actually undressing at night, her shock at the inference Kayla is sleeping with her main guard, her constant speculation of the attractiveness or not of the daemons, all began to  feel to me too much like later Laurell Hamilton Anita Blake reads 😦

Lucky becomes very judgmental and Kayla a totally different person to the one we knew, and TBH I’m unsure I like either of them or this world enough to continue.
Sometimes first books try too hard, and a series settles down into a winner for me, but I think this one isn’t going to do that.

Stars: Two, just not a series for me I think