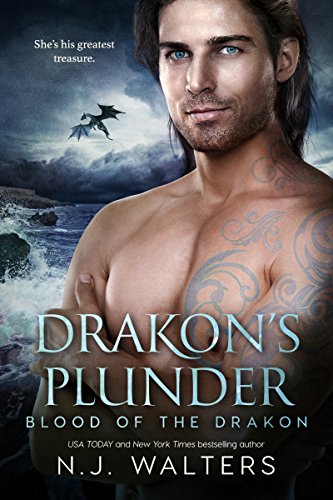 First thing to say is that I didn’t realise this was the third book in a series.
I was still able to follow the story, and the characters from the earlier books are referred to here, but not having read them didn’t mean I lost the plot so to speak! They look interesting though so maybe a future read?

Anyway, Sam. I liked her. She’d had a tough time as an only child losing both parenst and regarded her mentor highly. He was killed, and having discovered it was a group called Knights of the Dragon, she wants vengeance.
They think she’s a simple archaeologist, don’t know of her talent for sensing powerful objects and she’s keeping it that way. She’s under no illusions about what type of people they are and what they plan for her, but she’s out to stop them getting their hands on whatever is on the wreck. If they want it then its too powerful for them to have it is her thought, and she’s out to stop them any way she can.
She’s a great lead, strong and determined with a definite sense of whats morally right.

Then things go wrong, and she finds herself with a strange man, in a place that’s unfamiliar. Slowly what happened comes back to her, but she doesn’t know if she can trust him or if he belongs to the Knights group.
He’s being very cagey which doesn’t help, but that’s because he doesn’t know whether he can trust her. He’s got a lot to hide, and a lot to lose if he gets it wrong.
I liked Ezra, hiding in plain sight, very close to his brothers and their mates, he’s surprised at the possessiveness he feels for Sam. The Drakon’s Tears…I loved that tough.
Between all that there’s this sensual thread of arousal spinning between them….

Its a good read, a step up from the Human meets Shifter/Vampire/Supernatural of some sort that dominates the best sellers. Clearly readers love them, but I need a bit more story to my romance and this book delivers.
Its not as solid a story as a Mercy Thompson or Kate Daniels read, but it’s an entertaining novel, in a series that sounds to build on each book with a stronger overall story. I do like those.

Stars: four, interesting and absorbing read with an unusual shifter type. Lots of sensual heat and spice too.