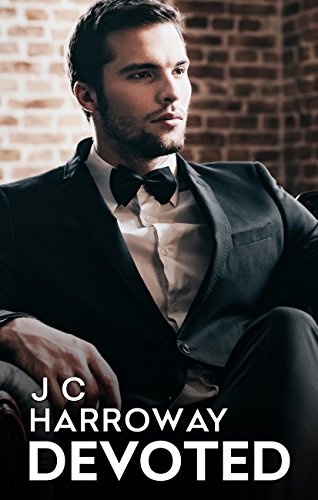 I loved JC’s Recovery, pushed my film star/Hollywood romance buttons and really enjoyed Entwined, the follow up, so when i saw this up for review I was excited to see it was back to film star trope.
It proved a fun and entertaining read but didn’t quite have the magic of Recovery for me.

I expected Tyler to be older, it’s kind of hard to feel someone can be “jaded” at just 28….I’d expected mid thirties or thereabouts. He does act as if he’s around that age so its just technicalities in a way, but his age kept coming back to me.
Its kind of hard to think heavyweight Hollywood director at 28, but then I know nothing of the realities of that life, only the fiction side!

Likewise Mallory and Bobbie at just 20 and 22. Bobbie was a child star but given her rep, and the fact she’s already spent time in addiction clinic, and has now been clean 3 years I’d have placed her a bit olderl. Mallory, could she really step into her father’s shoes and manage Bobbie’s career so well? Dunno?
Just questions that made the story feel a bit unreal to me.

I loved Mallory, she’s so sweet, caring, an innocent in a tiger world, but shows her teeth when it comes to protecting Bobbie.
I really didn’t like Bobbie though, she’s so selfish, doesn’t seem to care that her actions impact heavily on Mallory’s life, and I can see the sister bond in them, though Mallory doesn’t resent Bobbie at all.
I just wanted to get so cross with Bobbie, tell her to respect her sister, to look at what her life was doing to her, to look at what she’d given up so Bobbie could have the life she chose.
That’s a mark of good writing IMO, that it made me feel the characters were real, that their actions gave me real emotions.

I liked Tyler too and the chemistry between him and Mallory was there from the start. Some serious steam gets generated by them and it fits the story perfectly.
Regular readers of my reviews will know I Hate when sex overtakes the story, even though I love spice and sensuality in a book. Here its a perfect balance and that makes for a much better read IMO.

Its a fun read, with some serious back issues for the characters. It seems its hard to stay away from addictions when fame comes knocking – its something we see reported in the media all the while, and it creates tensions in families, leads to heartbreak too often and surviving members struggle to get past events.
When Mallory is looking at Bobbie’s behaviour and wondering, is she using? – well, after what the past gave her I could understand.
I think addicts have to accept however much they feel they’re past the problems others will always wonder.
It comes from love in Mallory’s case, she wants to help Bobbie, but at times it seemed Bobbie really resented it. Trouble is surrounding herself with people like Jez doesn’t help either of them.

I really enjoyed the story, the romance worked well, the backstory felt very genuine, and the plots flowed one into another perfectly.
There were hints given about events that I kind of picked up but not all, and what transpired came out a bit differently to what I expected. That’s good, I like being surprised.
I did feel the final events played out rather too quickly, that the Tyler/Mallory issues felt a bit overdone, storm in a teacup style but that’s a small criticism.
Overall its another fun read, solid romance with a good backing story.

Stars: Four, a romance to sit back and relax with.