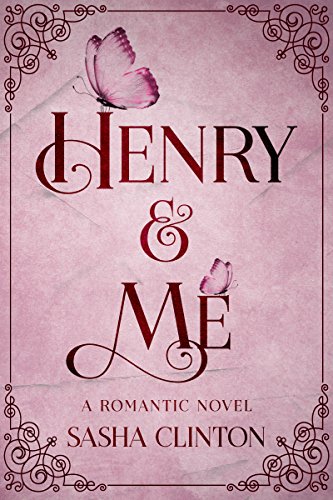 Well, I loved Sasha’s NYC singles 1 ( and have just borrowed the next two on KU) so was keen to read this.

Wow, what a b itch Max was back then. she can’t just reject him politely but has to humiliate him, astonished that a guy with zits can have the audacity to ask a hot, popular girl like her out. She really decimates him in her refusal, and I so felt for him.
She’s convinced she’s on her way to the top, but when we catch up with her six years later her plans have gone wildly astray.

Max is a very different person now, much more likable, thinks about others, cares about not hurting people. At first I still wanted to hate her for how awful she was to Henry but she’d changed so much.
That change came at a huge price though, and her career was a casualty of things that happened to her which have left lasting effects. They make acting out of the picture now, her dreams are dust, she can’t seem to want to pick herself up and try again, she’s too scared.
As for relationships and love, they’re a no-go. I felt for her, she’d had a tough time and yet she was still a happy, cheery person even with the problems she was facing.
She’s living with her brother and sister in law in a tiny flat, so getting a job and then hopefully a place of her own…well, a share of a place anyway, is priority.

I love her sister in law, such a fantastic person, full of confidence, and always ready to knuckle down and work for what she wants. She’s not letting Max slide either, and soon accompanying her to an interview she’s arranged.
She’s like a tiny steamroller, so forceful everyone cant help but go with her plans.

Its Henry though who wants the housekeeper, and a nanny for his 9 year old nephew Lucien.
I loved that kid, full of clever humour, snark, and ways to play the restrictions his overbearing, over protective mother sets.
She’s a heart surgeon and Lucien isn’t allowed sweets, sugar, fat, carbs, flavour and …well.. anything 9 years olds love, but he manages to sneak around Max and get some fun and treats.
He’s only 9 but at times feels 29 in experience and ideas, full of knowledge that make him seem so much older. I love his conversations with Max.

So there’s Max, housekeeping for Henry, who’s lost the zits, made loads of dosh and is a really lovely guy. How could she not fall in love with him, but for her relationships are out. From her past its the one thing she just can’t do, it makes her physically ill. Henry though has plans…

Its a great fun read, full of humour, with characters that feel so real. they aren’t perfect but flawed and that makes them feel as if I know them, and Henry, well…I’d love to know him!
There some really emotional moments here too, sad ones but also ones that leave you cheering, such as when she meets Rob. Way to go Max!

Stars: four, a real fun read which made me smile, and also had the sadness, heartbreaking emotions, the part that made me wonder if all could come right, that I love.