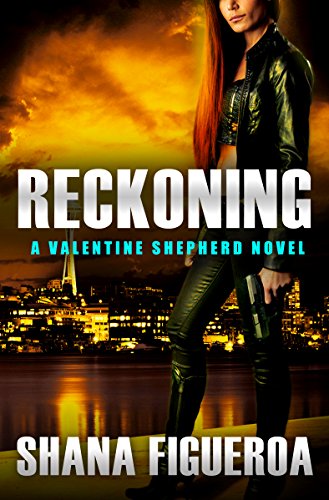 I missed book one, but loved book two, a supernatural romance/suspense novel thats not the oh-so-popular dumbed down type.
I like a book that makes me work, not too hard, I want the story to flow, but not the sort that spoon feeds the reader every little bit of info.
I want to see the clues and try to work out for myself where the stoy is going, who’s good and loyal, who’s doing the dirty, and ultimately how its all going to meld togeher into an ending.

This trilogy does all that and more, fab characters, not flawless impering types, but gritty and real, prone to bias, to making mistakes and yet at the heart Love plays such a strong part.
Its definately a re-reading trilgoy for me and then I really must get book one so I can see the beginning of how it all started, maybe understand a bit more of some of the characters. Sten especially is one who I didn’t like at first, but have come to love, and wonder if maybe book one has more about him there.

Its another great adventure, with murders stacking up quickly and Valentine on the warpath. How dare Northwalk threaten her family? She adores Max and their twins, but has always felt the threat of Northwalk is near, and yet now she thinks they’re on the track of them again she can’t seem to convince Max.

I love Val, she’s not an easy person to get along with but she’d give her life in a heartbeat for the small circle she considers family and freinds.
She’s not one to run from danger, Max seems to think she’s over-reacting to her suspicions but willing to pick up and move if that will help her, but she knows moving = running and Northwalk will still follow. She wants to stand up to them, take preemptive action, Max isn’t so convinced.
In a way that’s understandable, he’s been through so much and just wants to enjoy his life now, with his adored Val and their twins.

Northwalk play a long game though, and once more its a cracking paced drama, with me wondering who was on which side, and why, and how and looking at people and events trying to work out motives.
Max made me so cross at one point…and yet I understood where he was coming from. Likewise Val, she really does run headlong into danger at times.

Its a perfect wrap up….for now 😉 Ending works really well, and then…there’s that hint that Northwalk may be down but not dead, and that they aren’t the only players in the game. It finished off this section of Val and Max’ life perfectly, but leaves the way open for more.
I know its a trilogy I’ll want to re-read, and at some point when I’m ready to do that I’ll get book one and start in the proper place, get a better understanding of the characters and events.

Its a supernatural read with an unusual twist, and it was refreshing to read something so different to most books offered. The Seer part, the visions and predictions reminded me a little of the Seers in JC Andrijeski’s Allie’s War and Quentin Black series. Most supernatural reads follow the more usual vampire/shifter/fae structure while this is really humans with a supernatural extra – humans-plus maybe 😉 and it was interesting and easy to believe for me.

Stars: Five, perfect wrap up for this trilogy leaving the door ajar for more books later as the family grow.