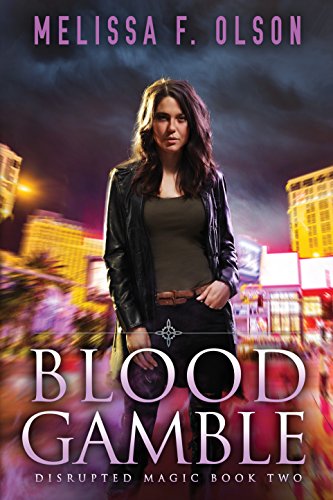 I love this extended series, first got into it via Lex’ book, and then found the Scarlett novels and have eagerly devoured them ever since. Its got for me the perfect blend of story, paranormal issues and drama. It feels real, so very real.

Scarlett’s in Las Vegas, Dashiell having used his usual devious means to get his way. She hates it, had a bad experience there in the past and didn’t want to return ever. Vampires are disappearing though, and the new show, run by two vampire celebrities seems to be at the centre of it.
As usual Scarlett gets right in the heart of danger, scrambling from one danger straight into the next. It would be easier to just do the bare bones of what she was tasked with, and in fact she has done what Dashiell asked so could leave.
This is Scarlett though, she can’t leave when those she’s come to care for are in dangers, when there could be something she can do to stop more disappearances, more murders.

Its a great story, fast paced, very real and cleverly done. I didn’t see how it was going to play out and certain revelations really caught me by surprise.
Its a great follow on from the last novel and given the ending ( what!!) I’m keen to crack on with the next novel.
What I didn’t feel so much was the relationship between her and Jameson. I can’t really recall them back in NY, so maybe if I had this would feel more organic, more a natural development. as it was I could have believed in insta-lust but Love? Err…nope, wasn’t feeling that. and maybe I just didn’t want to, I’ve always hoped Jesse would prove to be the one for Scarlett…maybe one day?

I missed the regulars too, Dashiell, Kirsty, Will, Molly, and of course Jesse and Shadow. Though I enjoyed this story I would have enjoyed reading about them even more.
Not sure how the whole crew could have been in Las Vegas though, in fact they couldn’t. Paranormal constraints against most of them, supernaturals having fairly rigid rules and protocols for many events. And that would have made for a totally different story.

I do hope Scarlett’s back on home turf next time, with the characters we’re used to meeting.