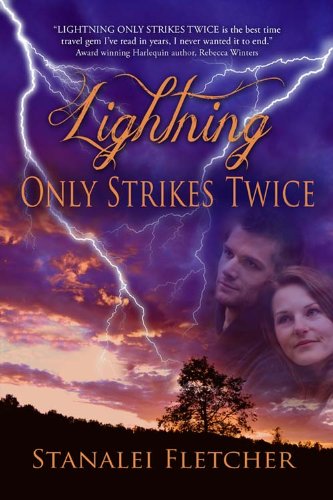 I liked the sound of this, but found it a little…dull 😦

I didn’t really feel any chemistry between Luke and Annie, either in the past or the present. I did enjoy their time in the past, meeting the other characters, but found it odd how accepting the townsfolk were of two strangers arriving out of the blue. Also given they arrived with nothing except their clothes how on earth did Luke get to be in the position he did, he seemed to be pretty much what he was in the present, some kind of wealthy building contractor.

I quite enjoyed the double twist at the end, but the shaman was a bit of an oddity – came in, did a couple of mysterious things and disappeared. I felt his presence very weird, as if he was brought in for a sole purpose and I hate that kind of ploy in a story. I did wonder too, where did Luke disappear to when he went to search for him and was missing? No-one, not even Annie, seemed to wonder where he’d been.

Its an interesting premise but lack of real emotion, and too many oddities for me to rate higher than a three, OK read but not one to keep.

Stars: Three, barely. An interesting idea but one that didn’t hold me for long.