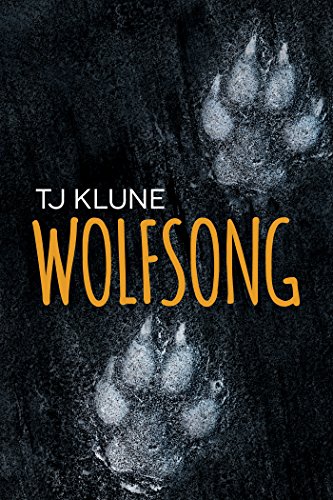 I’ve been seeing recommendations for this story for a while now but you know what its like, there’s ARCs and KU, free books so actually buying one by an author whose work you don’t know if you like….well, for me it rarely happens even though I was very intrigued.
Then a few weeks back it was on sale at £1.49 so I bought it. Only got round to reading it last week and wow – what a book. Its kind of hard to review, one of those that defies categories.

It is Romance, but its a very slow burn and TBH though we know the two are going to get together they’re kids when we first meet them and have such a lot of growing to do, meeting others, just maturing. someone wrote criticising the sex, but I’m wracking my mind and all I can recall is one scene right at the very end.
Its M/M but the characters are so good that you don’t think of any of them specifally in terms of what sex they are, just that they are right for each other.
Its werewolf/Supernatural but again so much more. The werewolf/witch angle is just a part of who they are it doesn’t define any of them.

I adored Joe, been through so much and what a wonderful family. I got so angry at him at one point though I understood what he did but my heart broke for Ox.
And Ox, what a star he is, so truly good, loyal, despite the things that had happened to him, despite his awful father.
There’s lots more characters here, who fit the story so well, and I’d really like to read more about them – but seems they don’t have books. Yet – TJ Klune 😉

Its one of those books that are bittersweet when they end, where part of you is glad things worked out finally, and the other part just isn’t ready t leave the characters. Its a slow paced book, not an all action racey sex fest, but one where things develop over several years, where the story slowly expands, brings in more and more people and where Ox really grows into himself, becomes confident, where others see the strength and goodness that’s in him.

A wonderful story, one I’ll definitely re-read and I’ll be trying more from this author.