Catching a Witch: A Novel of Loyalty, Deception, and Superstition, Heidi Eljarbo 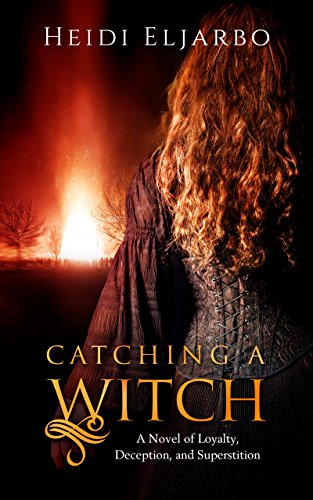 I take a dip into historical novels every now and then and this one, covering the period when Witch-hunters were very active caught my eye. I’m very intrigued by the way the mass hysteria took hold so easily. seems weird to us now but I guess superstition abounded then when people had so little control over their lives, when animals sickened and died, crops failed, people were dogged by what seems like bad luck – and of course they wanted someone to blame. It was a way too of seeking vengeance for imagines or petty insults. Throw in the misogynistic men and its a recipe for disaster.
Disaster is just what happens when a student of the famed Matther Hopkin arrives in the sleepy little village where Clara lives. We see at first hand just how easy it is to whip up hatred, for innocent gestures to take on insidious meanings, for those who used herbs to heal others to be accuses of using witchcraft. Over it all is the witch-hunter and his self important acolytes in the village men. Not all of them, some stay fast but of course no-one dare speak out for fear of being the next accused. All except Clara, who does her best to stop the awful “trials” where in reality ladies stood no chance, once accused it was like a death sentence.
Its a scary thought but I could see people acting in a very similar way if this were to take place now. some people seem so full of bitterness, jealousy, a need to blame everyone but themselves and I’ve no doubt they would happily convince themsleves they were doing the right thing. we see so much hatred every day to anyone the slightest bit different from their peers and that would easily translate into a story like this today. 😦
I felt the historical aspect of the novel was well done, it was very realistic and genuine. I did feel the pacing was very slow for me though. some books need that but with this one I found it dragged in parts. I expected Clara’s friend to be accused sooner, but its almost halfway through before that happens. I didn’t feel “in” the story much of the time, but an observer, and found myself losing interest in sections. Overall I enjoyed it but it’s not a story I’d re-read.
Stars: three and a half. I enjoyed parts of it a lot, but other sections seemed very slow paced. 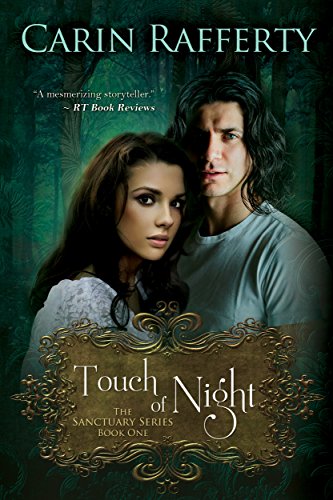 Well, the description sounded interesting, but sadly this wasn’t one for me.

Lucien isn’t anyone to aspire to IMO, he cares about the coven, even though he’s been cast out, but his attitudes to mortals…well, he’s pretty scathing and rude.
Ariel wants to find her twin, the police won’t help and Lucien at first won’t either. Then he will…and that sets the tone for the book.

Both characters constantly change their minds, decide one thing and do another, don’t talk, focus on irrelevant issues, and disrespect the other. The same things are explained over and over, in case the reader just can’t quite grasp it.

I think the biggest issue for me though was the sex.
No matter what the problem sex in some form was the answer, even though Ariel says she doesn’t like Lucien, doesn’t trust him, just wants to find her brother. Lucien would never take a mortal for a mate, doesn’t like her, doesn’t find her attractive yet wants/has to have sex with her all the while. Reading minds, yep he needs to read her mind but they have to connect with sex, connecting with Armand, more sex, finding out who the strange warlock is, yep sex again….you’ve got it, sex is the answer to everything.

I like sex in a story, but it needs to fit, the story and reasons need to be strong enough and for me this just didn’t feel right.
Even the end I still felt they didn’t like each other and suddenly – bam- everything is perfect.

I won’t be continuing with the series, but as ever this is just my opinion, you may feel very differently. Others have 5 star loved it, so you chose.