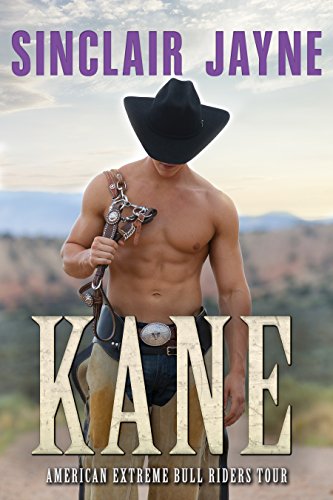 There’s something about these western romance reads, I hate the idea of rodeos and bull riding, the stress on the animals and yet…they make for some great reads 😉
I loved Sky, and understood exactly why she kept Montana a secret. Given her family history and Kane’s career and lack of commitment to her she did what she thought was right for her baby. I felt for Kane though, he feels he’s missed so much, and he too has a background that’s not the happy family unit everyone sees in public. Its easy to be wise with hindsight, to say he would have been happy, would have been involved but it could have been such a disaster, he could have ended up resenting Sky and Montana if his fledgling career crashed.

Now though he knows, and he’s like a bulldozer. I did want to say to Sky at times “stand up for yourself woman” especially when it was a d ick waving contest between him and Jonah. As an artist too I was a bit puzzled how easily her career seemed to go, casting in bronze and metal sculptures in general are very expensive procedures, not one the average single mum can afford easily.
I hadn’t read any of the earlier books, didn’t realise there were any but I still followed the story easily. I think that if I had read them though it would have enhanced my reading, I’d have enjoyed updates on the earlier characters. It was a fun romance, loved the setting, the characters felt very real, and its a series that would be an enjoyable read. Its not one I’m likely to reread, but I’ll look for more from this author.