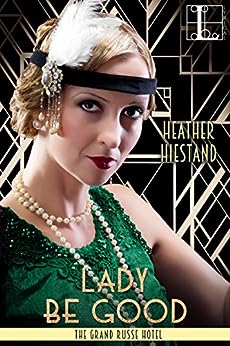 I really wanted to like this book, its a fascinating time in history and the exiled Russians struggled with a complete lifestyle change.

I admired Olga, she was willing to work, to make her own way, not live off charity, though it doesn’t really look as if she had that option either. She did have connections with Russian ex-royals, but it doesn’t seem like they wanted her with them for long.
She was so loyal to her cousin, but I felt she was incredibly naive.
Douglas – double agent in the finest of the tradition, not for him the life of luxury, but a secret one behind it working in intelligence, something he’s got the sharp mind for.
I struggled though with the romance between him and Olga, I can see why she liked him, he paid her attention, flattered her, took her out and especially helped her with her art. He respected her and her need to earn her way, and that meant so much to her.
Its a struggle though knowing that at first he’s only staying close because of her connection to Konstatin, her shared name that makes him suspect she may be involved. I know things like this happen, are necessary even now, but I just find them particularly callous, and didn’t really feel that transition where he began to love her, to want her for herself, and that was sad, as she was so in love with him.

Still, that’s just me and my perceptions, others will feel very differently. Maybe its that fact of how he begins with her, how he’s using her that just puts me off him and makes me feel she deserves better.  I know he’s a good man, just didn’t feel that he really did love her.