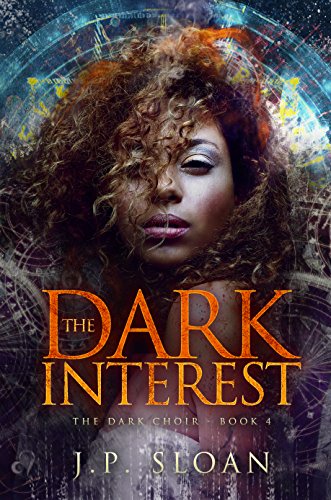 I’ve been with this since book one, and TBH its such a complex series you need to do that. It’s full of difficult characters, real world and Old World, and demons of course, charms, hexes, curses, murders, mayhem and magic and without knowing the backstory you’ll get lost. I do know the events that have passed and yet at times I’m lost ;-), but always manage to work it out somehow.  It’s a sereis outside my comfort zone, that I fell into by accident but that I’ve come to love.

What I love is that the author mixes up fiction with Fact, with magics that had a real following at one time – probably still do in certain circles. So each time I see an unusual word I think – aha, this time he’s made this up – and then check and find its some ancient language, or shade of magic, or a weapon that’s used for certain purposes or something like that. I’ve learned so much about magic since starting this, that its not a one-size-fits-all, but that in the past (and present) it took many different shapes, evolved through some very different practices.
And I’m talking as if it’s all real, but reading this it feels real. There are some well respected people in the world who still believe in these practices, and then I think – how come, all over the world each different group through the ages had had the same belief, but taken different routes to it? Or maybe its just human need to believe in something greater than us, something beyond this world..
It’s not really a big stretch considering billions believe in a book written centuries ago, believe in a God who’s really only a word of mouth figure.We don’t have empirical proof, we  can’t Know for certain he exists, that Heaven is real, but yet billions believe it.

Well, I guess that’s why I enjoy these books, they’re complex and yet readable, they have a solid story-line, some very real characters, both pleasant and horribly dangerous, those who just want to live and love their families and get on with life, and those hungry for power, magical, political, they don’t care. In the middle is Dorian.

I’ve always felt he’s on the side of good, not a particular do-gooder, but someone with his own morals and beliefs that he lives by, who tries to do the Right thing, not just the easy thing.
Along the way he’s had so many issues, starting with his lost soul, and its taken him on a very strange and complex journey.
He’s always worked alone, had his few good friends, been respected and never sought Power for its own sake, and yet he’s become embroiled in some dodgy and dark magical practices, got involved in politics against his wishes, gets pulled into different groups and is still searching for his soul.

Its another deep and dark, and at times complex read. Dorian is tempted hard in this story, confused, trying in his usual way to protect humanity and his friends, but all the while his soul is missing and he’s struggling to get it back.
I love that his magic isn’t a wave of a hand and a few muttered words, quick fix solution, but takes work, real work, if he wants to avoid the Dark side, the world of sacrifices. Yet his new lady, Annarose does just that, and how is he to mix her and how he feels about her, with his morals and how he feels about that?
Is the Utilitarian excuse, for the Greater Good, sacrifice one for many really a good reason, or a cop out?

Its a novel full of danger for Dorian, more than we’ve seen so far, and he’s had some tight escapes. Once more he’s in the centre of some dark forces but who or what is pushing them?
It takes time before he can see the bigger picture and he makes some very dangerous enemies along the way. And that ending….I hate it when that happens 😉