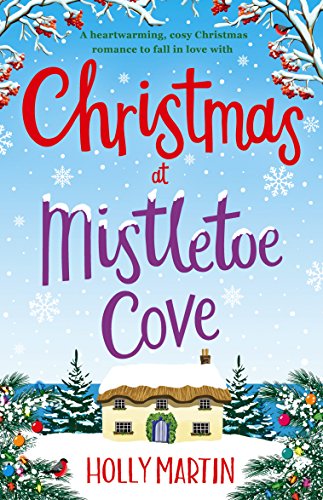 I’m just writing my review after finishing this yesterday. though I love Holly’s stories, first one I read was the wonderful 100 Proposals, still the best IMO. Sadly this one didn’t really work for me.

Its a good story, Holly tells a good tale but the characters and their actions, well I just felt they were so juvenile at times, that the “magic” was just a bit too twee and some parts were so sweet it made my teeth ache.
I found myself skimming parts, just couldn’t really get into what was going on with them, was losing patience that neither could see what everyone else could.
Douggie, well, he was just so *good* but what man in love with a sexy, fabulous lady could really get so close without giving in to trying for just a bit more. They slept together – yep, just sleeping, no euphemism there – and Douggie didn’t even seem to get the usual male almost involuntary hard on. Either he was kidding himself about how he felt, he had incredible control or the poor guy needs a bit of chemical help….

Eden, she’s been in love with him since her early teens and yet he’s still oblivious, despite his frequent returns to the island over the years where he stays with Eden. Is she really that good an actress? Hard to believe since it seems everyone else can spot her feelings.

I really expected to love this story, I adore Christmas, its such a romantic time but this novel fell short for me 😦
I wasn’t convinced of the romance between them, could see what was coming a mile off in the plots and the sickliness was just too much for me. It seemed to me each were in love with the idea of love more than each other.
Ah well, some you win some you lose.

Stars: 2.5/3. Its a great read for many romance lovers, but sadly not one for me.