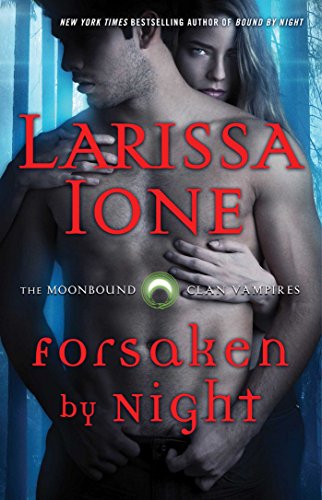 I love the idea of this series, very different to many supernatural ones currently on offer. Here the vampires are in danger of becoming slaves if caught by humans, despite their strength and speed.
Its a story I enjoyed, as with earlier books and would love to read more. The biggest issue I have though is that’s its taking forever to get moving. I read the first book in 2013, second 2014 and this 2.5 book takes us a bit further along, but I’d forgotten so much of the previous stories its been so long between books.

Still, its a good read, typical Larissa solid writing, great characters and moving the overall story forward. I do wish these books were coming out more frequently as its refreshing to have a new slant on the vampire/shifter stories, and I love the addition of the Native Indian and mythology lore that’s included.

Its a fairly short read – guess that’s why its a halfway book, not a full one, but is a whole story in itself and it was good to meet up with others from first two books.

Stars: four, a good read, but I had to keep scratching my brain trying to remember how everyone connected, which took a bit away from the story for me.