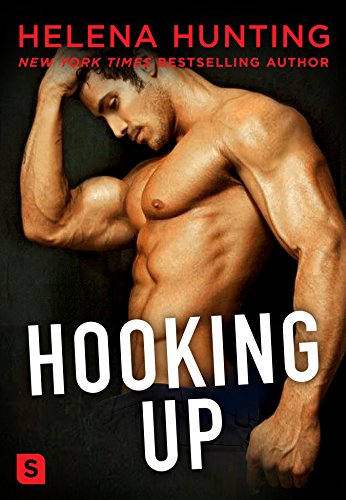 This was a fun, spicy read, but not my favourite of Helena’s books. I really enjoyed reading it, its a worthy 4 stars for me but not the spark that makes a five.

One of the reasons for that I guess is that its a very sensual read, and much of that spice covers a huge chunk of the story but only a couple of weeks in time, meaning the rest of the story tended to get a bit crammed. It’d be hot car encounter – very steamy and then…its several weeks later.
Though those gaps were covered it left me thinking did they really have no contact? what else went on? It just left me feeling a bit disconnected.

The characters were great, Amie, perfect girl, but her past has lead her to try to save her family any more embarrassment and take the safe route.
She thinks Armstrong loves her, they will be happy and if he doesn’t set her on fire, well, his respectability makes up for that.And then at the wedding reception all that goes so very wrong, and she faces what she knew in her heart, Armstrong isn’t the good guy, the one for her, she deserves better.
She knew it really but wanted to please her family, and ignored all the little clues, started moulding herself with Armstrong’s not so subtle hints into a stepford wife type lady.

Armstrong, he really was a prig, so self assured, so much belief that his way was the only way. He doesn’t regard blow jobs as cheating, tries to spin it that he was doing it for Amie, so that he could last longer with her later…WTF, the man’s incapable of seeing his actions are ever wrong.He even says in their sphere its accepted that a man have a couple of mistresses and they don’t count, that Amie is making a fuss over nothing, bringing bad publicity to the family. she’s had a lucky escape.

Hottie hook-up – I think that’s what Amie’s best friend Ruby calls him, ( as requested by author I’m avoiding naming him!!) – is gorgeous, a great man but there are things he’s keeping quiet about for reasons that are clear later . I loved him, so kind, genuinely so, and so sensual. He knows what he’s doing when it comes to sex, and he’s happy to explore further, to have fun. He was perfect for Amie, but she needed to get rid of Armstrong first and that guy’s not going easily….

There are some funny moments here, bits that made me smile, ( the luggage inspection) and some sad ones too.
The sex, wow, hot and steamy and fitted the story so well, its just that at times it took the place of possible plot expansion, filled the time when the story could have been moving forward.
Its not a hugely long book, 4373 kindle locations – and the sex does take up a disproportionate amount of time I feel, making that actual story a bit rushed. I would have liked parts to be more expanded. Still, that’s just me, others are happy to have less story and more sex…you can’t please everyone.