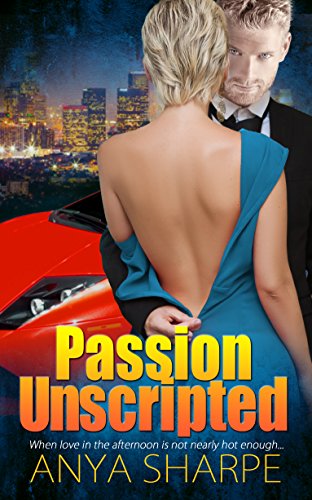 As readers of my reviews know I have a weakness for film star romance so when i saw this it was “Hurrah”. I did enjoy it but…didn’t love it as I expected to.

Carson, what a way to lose the love of your life, dumped by a Dear John( or Carson!) note, she didn’t even have the guts to face him. He’s kind of blaming all women though for her actions, turned into a love ’em and leave ’em guy. Lets face it, the ladies he picks are exactly relationship material anyway.
His friend Grey is concerned as he can see that Carson does respect one lady, seems to have feelings for her that he’s pushed down deeply and from his position he can see that Lara also has feelings for Carson – though at that point he’s such a manwhore I did wonder why?

When they do get together that reputation haunts them, with echoes of his past affecting the present and the future. There are secrets here too, from his ex and from Lara and they have the potential to derail the fledgling relationship.
Despite all that I did like Carson, he’s not respecting the ladies he sleeps with but they know the score, and he’s pleasant and polite to all of them including ones that are just freinds, acquaintances, work colleagues. I felt he was still grieving his breakup really – having told himself he judged her wrong he now doesn’t trust any lady or himself to see if they are genuine.
He does respect Lara though, initially pushing her towards Grey, til grey tells him no. And after looking at himself and his actions he finally takes the plunge with her, but wants to date her, take things slower.
That was sweet as were the gifts, but each time something crops up I was so angry at Lara for immediately thinking the worst, and running. Every Time. She knows how the press work, how rumours are created from nothing, how photos misconstrued and yet every time she rushes off, believes the worst.
I so felt for poor Carson and wondered if with so little trust they could make things work.
Its not just the romance though and the media issues, but there’s a snippet of suspense and danger creeps in towards the last quarter that added to the story and was fun to read.

Stars: four, a fun read but I wanted to shake Lara, ask her to have more trust.