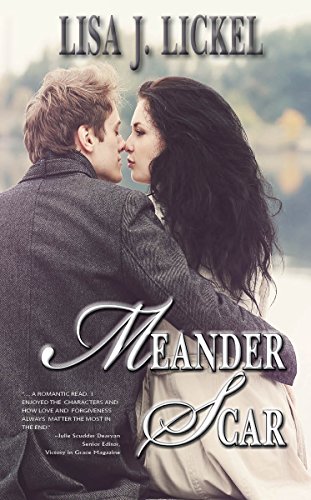 This was a strange read for me, I enjoyed the story but at times it dragged a little.
The romance between Mark and Ann seemed to go from being a faint possibility to full on togetherness. Given all the things against it I expected a bit more conflict.

I did get a bit worried when God and Faith crept in…I’m not anti-christian, not against religion in books, but in so many it goes from being a facet of a character to a book that takes preachy, judgmental overtones. Happily Lisa didn’t do that, the religious part of the story fitted the characters and their beliefs perfectly, without overtaking the story or evangelizing to the reader.
Reading back through my review you might get the impression religion/God plays a big part, but in fact its only small sections of the novel but it did have a big impact on how real the characters felt to me, and gave me questions to mull over.
I usually stay away from books where religion or God look to be a huge part, and if that’s what you do too, don’t let it stop you from reading this one, it really is a minor but very important part of the novel.

Poor Ann, missing husband, no sign of him for years, a son who’s somewhat antagonistic to her, the mother-in-law from Hell, though thankfully she rarely sees her. She controls the family Trust though, and Ann sees little of it, reduced to still working for the same firm all these years, the one which administers the Trust, just to pay the bills.
She tried some years back to get her husband declared dead, at least she would have the insurance money then and maybe be free to move on but mother in law opposed that, and she is rich enough that what she wants happens.

I liked Mark, understood how he’d come to love Ann. He was strong, and given their age difference that was needed.
Why is it no-one bats an eyelid at younger women but if a lady dates someone younger she gets the Cougar tag, and regarded as somewhat suspect. Gah, something that always angers me.
His Faith is an integral part of him, and I could see his dilemma, especially when he’s talking to his church leader – Pastor I think he was referred to. Given the case of Ann still being married he advised Mark to not get involved but his heart was already there and the conflict he felt came over very real. Bit judgmental of the Pastor I though, condemning Ann to a life without love as her husband is missing. Its been years now, should she spend the rest of her life alone? Where’s the Christian tolerance and love, embracing everyone? It made for interesting reading though, giving me things to mull over.
Later on when things go downhill he asks the question most of us do when times are tough. why me, why xyz, why did God do this, is he really there if he can let this happen? Given how strong his belief was this made him feel very real for me.

When the truth comes out – wow what a shock!
Its kind of hard to believe and yet I could see that in those circumstances, with money, state boundaries being so distant, that it really could happen like this. I was angry, and sad too, how peoples lives can get pushed around at the whim of another.

I wasn’t keen on the ending, though thankfully there was that spark of hope that all would be well, and I would have liked a little more positivity given all that the characters had been through.

Stars: four and a half, a good read, gave me lots to think over. Its not one I’d re-read but one I am glad I chose.