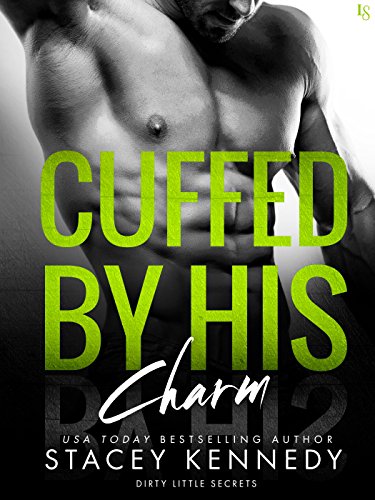 I loved the premise of this, rich, hot guy, and lovely employee who we know we never betray him but…
I felt there wasn’t really much actual romance here, they have been flirting around it for ages, Gabe thinks she’s betrayed him but still can’t keep his hands off her.

They get together very quickly, and from there its more suspense novel, who’s behind the stories, paying her brother off, he hasn’t the wit to do something like this on his own. Then the suspense ramps up, Gabe’s freinds get involved and its a trip over to the Dark Side, the place most people stay away from.

I loved Gabe, though was pretty shocked by his first actions!! When he knows he’s wrong though he bends over backwards to help McKenna. Get’s his friends involved, really pulls out all the stops for her.
Is she grateful? Does she show it? Well, to begin I felt she rolled over too quickly after the awful accusations and the way Gabe treated her – I wanted her to have more backbone.
Then when it came to her brother she was the same, a few apologies, a promise not to do it again, or again or again….he’s a history of lying, she enables him and still she keeps on doing it. She’s not being the good sister she thinks she is, sometimes in trying to protect someone we’re making the problems worse, and by always bailing him out, paying for things when he has no money she’s just letting him carry on guilt free.
When it came to a choice between him and Gabe she chose him, yet she could have met Gabe halfway at least, he’s done and risked so much for her. She irritated me, I felt Gabe was too good for her.

I want the romance to be longer, the push/pull, will they/won’t they part, where you’re wondering just how the author is going to get these two character together.
Here though that seems to have been all “before” and almost from the first few pages they are together…and I wasn’t expecting that. It doesn’t really work for me that way unless at some point its building up to a serious split and I didn’t feel that happened.

Its a well written, fast paced novel, but I felt the romance for me just didn’t work, and the suspense part of the story overtook it.
Stars: Three, great if you love suspense, not so great if its romance you want.