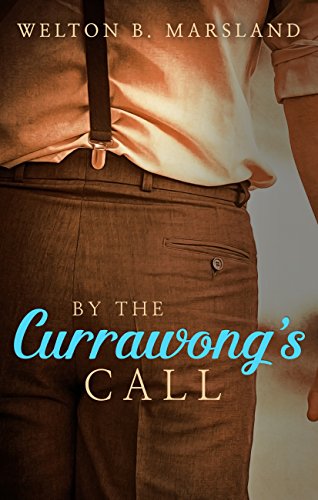 I loved this book. Amazingly moving, so very realistic.
When I read a romance I want something different, not just a cookie cutter A loves B story but something that creates emotion in me. this book delivers that.

I love an occasional dip into a historical novel and it really suits this genre, with the draconian laws against homosexuality. ( Sadly in many areas laws like this still exist, and even when areas are more enlightened its still a battle against some people ).
The setting was perfect, had that small town feel, the way religion and priests were so respected. the snippet when one of the ladies mentions here suspicions about Jonah’s sexuality to Matthew, and then apologises for talking about such matters to a man of the faith…..In little towns back then, as now, everyone knows everybody and rumours and gossip are what keeps life flowing.

Jonah and Matthew are both such great characters, Matthew so very innocent, shamed of how he feels towards men so he’s subjugated it for so long, ignored anything he feels, wrapped himself up in his work and God. He really is a staunch Believer, not someone I felt was paying lip service to religion, but God totally shaped his life. I loved his naivety, it was part of the person he was.
Jonah too has a calling, he’s been a policeman for a long time, worked his way up from the bottom and is so well respected by all the locals. He’s a part of the community, not just the man who upholds the law.

For a small community they’ve had a few issues, Jonah was shot a few years back, and in this book he deals with a serious fire, assaults, runaway horse and a murder….a real Hero. And yet he can’t be openly with the man he wants, they have to hide so carefully. If caught they face loss of both jobs, loss of standing in the community and not just that but a long spell of imprisonment. The way homosexuals were treated then they’d probably both get killed. Serious stuff.
It amazes me how people can forget all the good others do in their judgmental views. Even if they didn’t do anything particularly good, so long as they’re not harming any one so what if they want to be together?

Its a book that made me so sad, so angry, but which was so tender in the way the romance grew out of the blue. Jonah had spent time with lots of ladies but never really considered men sexually, though he knew a few from his police work and had a view that he’d turn a blind eye where he could. He had a good argument about the Bible and how we understand what’s written. It IS very conflicting, it Is subjective and interpretive.
Meeting Matthew and how he felt towards him came as a shock, and the relationship grew at a very natural for the time rate.
Sometimes that’s more tender, more romantic, more erotic even, that the more contemporary reads where it’s lust at first sight, and they’re hot and heavy before even getting to know each others names. A tiny touch, a careful glance can be so very sensual written properly, and this book is full of that.

Stars: five, Its a story to savour, a book to re-read later and had an epilogue I loved.