If you have Prime, get a free 90 trial 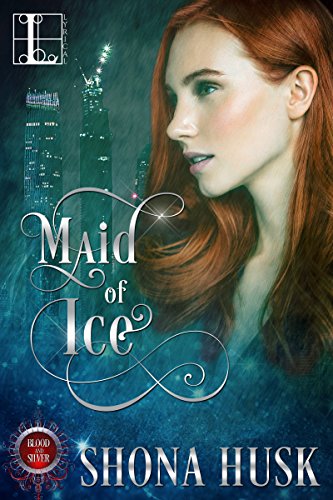 I hate the title of this book, its horribly “twee”, sounds more like a 70’s M&B title than a contemporary fantasy.
Don’t let that put you off though becuase under that awful title is the third novel in a fun and unusual fantasy world.

Each book is slowly building on this world, where supernaturals who can do magic live unnoticed among humans. Barely noticed actually, though there’s a group called Guardians who want to rid the world of all of them.
The battle between Albah and Guardians has been one from centuries back, and currently there’s supposedly a truce, though its looking more and more that the Guardians have been killing off Alba in what were first thought of as accidents.
The Guardians main grump is that the Albah can make vampires, Albanex, and those can create mayhem in their search for human blood.

There’s more to the story, the Albah are concerned that their race is dying out. They’ve kept themselves isolated and hidden for so long, but the threat of the Guardians has made many of them drop out of the group, go their own way. The fracturing of the group like this, and the actions of the Guardians have made them a weakened society, and there are those that think its time to be proactive, make changes.
Its a tough time for them right now, Finlay’s dad is the Albah King, leader of all, and that’s part of why Finlay doesn’t join in, share with the group. He was conceived as a kind of duty baby in his eyes, brought up by his father when his mother left to go on to have another family with the man she loved, and to do her job protecting Keepers.

Keepers, they’re a third arm – centuries in sleep, they’re the people who hold all the old secrets, and people like Archie, Findlay’s mother, protect their hidden sleep places. Finlay has always felt abandoned by her, his stepmum died when he was young, and he’s regarded her as his mum. He just doesn’t want to join in on Albah stuff, wants to stay alive and live his life, believing that maybe it is time they died out as a society. Then he meets Alina, and gets a taste of what that could be like and its not the way he envisaged.

Alina has no idea what she is, her mother has kept them on the move, away from her family and done her best to keep Alina’s water magic hidden. When she meets Finlay circumstances bring her heritage to light, and place both of them in extreme danger.

Its an entertaining read, not as good IMO as the last story but still very interesting. I wasn’t quite convinced of the love between Alina and Finlay, that’s the main issue for me. Their romance seemed to go from nothing to full pelt with little in between. What did work well here though was the story-line that advanced the overall novel arc, leading up to what looks to be at some point a gripping fight involving all of the factions, and before that happens Finlay and those like him need to decide what they want from the group. Do they see a future for them or not, will they fight or give in?
Finlay makes his choice here, but with others having broken off from the main group, tracing them is going to be a hard challenge and time is running out fast.

Stars: four, not quite the five star read of the last novel for me, but an excellent installment moving forward the overall story.