I enjoyed the first book in this series, but having missed the next two and being over three years since book one, it was a bit like coming in cold and maybe it affected how I felt about this story.
I liked it, just didn’t love it, didn’t feel it was special.

I felt Law and Ian went from 0 to 100 without stopping, and that works in Lust but Love? I wasn’t feeling it.

I also had a hard time dealing with the unreality of the legal side, how Law was not FBI and yet still able to use his contacts, his aliases, hos cards, and how those were linked to his personal account so there was no financial restraints.

I felt the Nick/Ramirez story came too close to overshadowing the main one, found the change of ID from Bad Guy to Good Guy done Bad Things hard to take. Tell that to the guys he maimed, ordered killed… “oh, he’s really working for a greater good” Nope, doesn’t wash.

The story too got incredibly busy, with betrayals, double dealing, multiple good/bad guys, kidnapping, shootings, murders, bombs, it was at times somewhat chaotic, and rather than work to a final climatic end it felt kind of fuzzy, too much going on to appreciate just how each part worked.

Maybe if the gap between my first read and this had been shorter, not three and a half years, maybe if I’d read books two and three…I don’t know. It was a decent read but not one that excited me, and not one I’d reread.

In common with many LGBTQIA reads too there seems constant emphasis on the maleness, the rooms smell masculine, the décor is masculine, their clothes are masculine, the guys themselves smell masculine ( as opposed to what I’m not sure?), everyone is rugged and outdoorsy, or tall and well built, except for Nick and that poor dancer – Matt? – they seem to be totally the opposite, slight and effeminate, the husband and husband introductions get pulled up again and again. I get it, its a story about men, men with male partners, I don’t need reminding of it every few pages.

Stars: Three, an OK read but not a rereader.

If you have Prime, get a free 90 trial 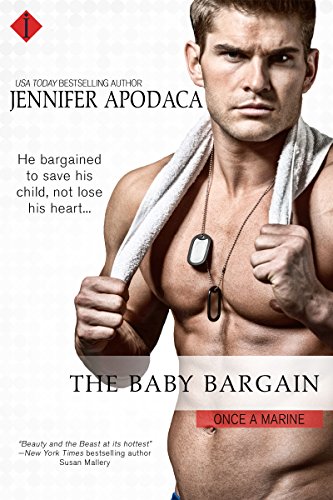 Well, TBH this book is nothing like the title suggests, in fact after reading I came back to check that it was the correct title. Even the last suggestion of a blackmail bargain in the description is, IMO, way off….However it was a fun read despite all that 🙂

I loved Megan. Should she have told Adam about Cole? Could she even?
Given he’d left no contact details, left her for the second time somewhat abruptly, stating he’d never return, and knowing how he felt about family I think her reasons for keeping quite were valid.
Of course her own experience of fathering coloured her views and she’s doing what she honestly believes is best for Cole, not for her or Adam. Whether that’s the right decision who knows, but its what loving parents do, make the decision they think best for their children, regardless of personal sacrifice.
She’s worked hard at her fledgling veterinary practice, long hours, taking on extra jobs, and finally just as things are looking up there’s a crisis. Someone with a grudge is setting her up.

Adam never expected to return, but once he sees Megan those old feelings he suppressed return.
I have to say I found him a bit of a jerk at first, talk about have your cake and eat it. He expected everything to be done his way. When I knew more about him I understood why, but it still made me angry at him.

Its a fun read despite what I feel is that oddness in the title and description.
It’s a little predictable at times, but that got lifted by the suspense angle which added something extra, making it more than a sweet, bog standard romance.
There are so many good stories around that to get seen authors have to deliver something extra and IMO Jennifer succeeded here.

Stars: four, a fun read, lifted above so many of the standard romances available. Not a five star read, but a solid four for me.