My first book by this author so I didn’t really know what to expect. Its a curious novel, if I’d read the sample I’m not sure I’d have requested it.
It does drag at times, with so much inner thinking from Jake. There was lots of detail too about his various patients ,and stats and data connected with his job. I found that part was interesting in very small doses but in great detail it made me skip sections, unable to face more of it….

I did like both Alice and Jake, but found, especially given their professions, it incredible they jumped right in without even checking what they were getting into, without questions, without reading what they signed.
Blithely they just thought it was a bit of fun and I guess I could see that in a way, they thought nothing unpleasant could happen, and they could leave if they didn’t like it. But the Pact has a long reach and that part was chilling. Its not too far fetched to see how it could happen.
Its a weird novel, I didn’t like what was happening, was so cross at Alice and Jake at times, and yet it was strangely compelling and I just had to keep reading.
I had to see how it ended despite not really enjoying the story…and TBH I felt the ending was anti-climatic, a cop out. I felt cheated, wanted something more concrete. I have a real dislike of ambiguous endings, where the reader has to decide what comes next – I’m a reader not a writer, I can’t make up stories, that’s why I read them and I Want Them to Finish Properly, not just fizzle out leaving me dumbfounded about what happens next.

Couple of things I felt were off. I felt given the long arms, the reach and the money the Pact clearly spent I’d have liked to know more about how it was funded, not just a couple of lines about top investment guys doing well. Even the best guys need money to invest with and I didn’t see where it came from.
I felt too that a membership of 12,000 wasn’t enough to sustain the kind of practices and close observation of members that was actually in place. It wasn’t just eyes on them but hidden cameras, audio, tech interference, they really were Stalked in a big way. That takes serious money and big manpower.

It’s a chilling novel, creeping forward from a bit of fun to something they were desperate to get out of but were stuck with.
Curiously compulsive reading but yet I can’t say I actually enjoyed it.

Stars: Three, an interesting book, lots of food for though, some scary possibilities but ultimately not one I actually enjoyed 😉 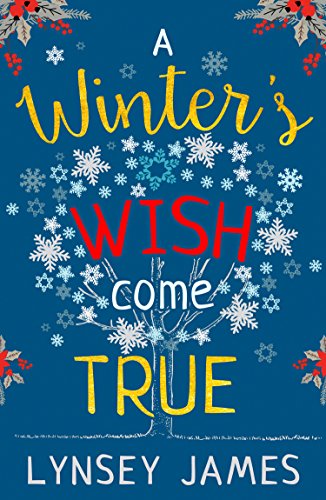 A shortish, seasonal read, just under 2800 kindle locations. If light and fun, little sections such as the baby shopping with the two grandmothers, and the dinner from hell made me snigger even while feeling sad for Cleo and Scott, caught up in family issues and  granny rivalry.

I could see why they split but was sad that it came to that, that they didn’t try to make long distance work for them. they’re now two unhappy people. Scott is back now though – so what happens next?
Well, a brief hot re-union and…Cleo is pregnant. A shock at first but Scott is solidly there behind her, and its clear he wants a second chance, or in Cleo’s view after the way he decamped at their last encounter, maybe its a thrid one and she’s not sure her heart can take it.
I got a bit irritated at the way Cleo seems determined to see and think the worst of Scott. He admits he over-reacted when Australia came up – but then so did she, and he explains what happened the next time. I could see her hurt but the guy is doing his best and I was cross at her negativity.

The other character here were good supporting cast, the school bully who’s moved back, catalyst to Cleo body issues, but though her life seems perfect, is it really? Then there’s Natalie, Scott’s ex, willowy, gorgeous model, who’s back on the scene. Is she trying to get Scott back, how can pregnant, lumpy Cleo stand up against her looks? Well, that’s the way Cleo sees it, but is she right?
I did find it odd that both of Scott’s girlfriends had body issues though…

Its a fun read, but pretty light, and I felt for me its a bit too sweet’n’happy, lacked the drama that balances the sweetness.
I had high hopes for Natalie or Amanda in that direction, but they only provided subtle light distractions.

Stars: Three, a fun read, but a bit short and fluffy for me.