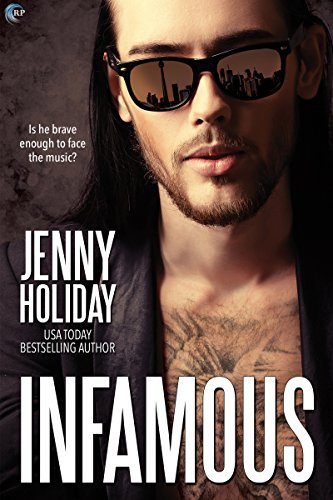 I really enjoyed this read, I love romances which have the issue of fame to contend with.
It has to be hard, trying to meet someone when the media are out to catch every possible hint of scandal, and happy to make up what isn’t happening, to put a spin on an innocent photo.

Jesse got caught in just that when his band was starting out, and promised their new manager he’d take more care in future.
The band has risen to heights they only dreamed of since then and Jesse has done everything his manager asked, dated whoever he was told, made up and broken up on demand.
Its a shallow life though, he doesn’t think he’s unhappy, thinks he has what he dreamed of until he meets Hunter….

Hunter has just come out of a relationship where he had to play room-mate not partner to his lover. He finally realised that contrary to what was promised when they met, that’s all he’ll ever be. He’s heartbroken but determined not to live in someone’s shadow, not to hide who he is.

He and Jesse get closer through his work and Jesse’s charity meetings at the hospital, and a friendship develops. Hunter thinks Jesse is straight, but one night…well, leads to some changes. He tells Jesse though he’s not hiding who he is, not ever again.
Jesse is stuck, be with the man he’s come to love and lose his career, let his bandmates down or keep his career and lose Hunter.
Tough one and the way it played out was wonderful. No two page drama but chapters of it, lots of angst, lots of wondering”can they? Will they? How can…?” and I adore books that make me feel like that.

Stars: Five, great read, real situation, not a one plot story but one with some real substance to it.