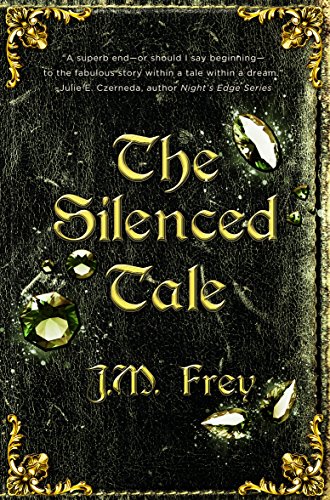 I’ve loved this trilogy, fresh and unusual, it hinges round the characters in a series Elgar read wrote. By some quirk of fate he wrote magic so perfectly that it – and the actual characters, places and events, became real. As a Reader, Pip was pulled into the world and met Forsyth. Now they both live in the Overrealm, our world, with their daughter Alis.
They had issues with Hain and certain people in the last book, where events there were affecting the Overrealm, and now they fear that things weren’t as safe as they left them, that maybe, just maybe, someone else has come through to the Overrealm.

There’s another fantastic adventure, Syth being his spymaster self here in the real world, master of the PC and Internet. I love how he’s adapted to it, his careful turn of phrase, his planning, always looking ten steps ahead and of course his love for Pip and Alis.
Pip is wonderful, such an intelligent girl and I love how she breaks out the writing jargon, explaining to Syth ( and readers like me!) about tropes, genres, and how books are plotted. I read, I had no idea of the structure of a story but it makes sense, and makes my author admiration even greater! She’s having a bad time in this book, due to the events of the past that connect her to magic through the carvings.
To begin its just a series of odd events that could be explained away, but Syth being the cautious type he sets his programme up to look for anything that might be connected. I love when he says he thought Pip’s Poster “its not paranoia if they’re out to get you” was a warning not an irony. That sums him up in a way, written to protect, its in his very marrow to do just that.
Of course what he and Pip don’t know is that Elgar is having issues too, with what the police think is a stalker, but what Elgar fears is Hain stuff, and vengeance from there. He had no way of knowing what he wrote created a real world, and he feels so guilty for the casual way he wrote torture and death in his stories. There’s a top secret TV series based around his books being planned and the police agree its a good idea for him to go there for a couple of weeks. Syth’s programme tells him what Elgar didn’t though, so he’s beginning to piece together events and he now knows he, Pip and Elgar are facing real danger that the police can’t help with. How can they fight magic and fictional people that have become real. If they tried to tell them they’d be taken to the nearest Psych centre!

It all comes together in a nail biting, climatic finish, and I was gutted at some of the events and yet – it was the perfect way to end the trilogy.
I read the Magician trilogy when that was first out, back in Oct 2014, and thought it would make a great family film, Disney agreed some time later. I think this too would make a great film, has that magic (hah!) content that will appeal to kids and adults alike and is so very unusual.

Stars: Five, a perfect ending to a terrific, exciting and fresh trilogy.