The Ones Who Got Away, Roni Loren

The Ones Who Got Away, Roni Loren 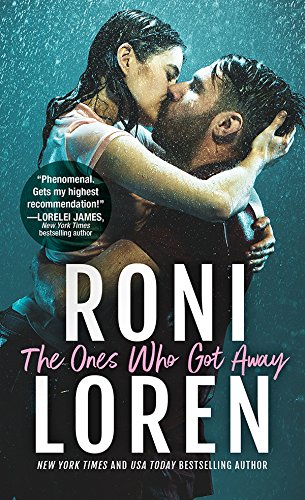 This novel  is sort of romance, but of the thinking type, not the wham, clothes off/dicks in sort. There’s a place for those of course, but so often in romance the sex becomes the story and not an adjunct to it – fine if that’s what you want but many of us want that bit more. This book delivers that perfectly.

Thankfully we don’t get the drama, the horror of events as they happen, but delivered in flashbacks, letting us see how each characters has dealt with events over the years. Or have they? When the four girls get together and open the time capsule they made shortly after the shooting we see that actually they’ve put much of their ambitions on hold, taken the safe route.
After events like that its easy to see why they opted that way, what we can’t know is would they have taken that route anyway. When I look back at my teen ambitions I’m far from doing any of them, and I’d guess that’s true for many of us.

Liv though is at a crisis period at work, and looking at teen Liv’s ideals makes her look closer at what she’s doing.
Meeting Finn again too, she is still full of the same incredible attraction and he feels the same for her. Back then she was the girl from the wrong side and he was son of parents who wouldn’t approve of their relationship, so they kept it secret. No-one else knows, not the three other ladies here for the show, one of whom was actually on a date with Finn at the shooting….
They weren’t close freinds before but the girls sought each other out after, its an event that makes only those involved able to understand, and that kept them close. Since then they’ve drifted into their own lives but each seems to have been shadowed by the tragedy. Finn, he’s especially focused, having built his life around the events, and now meeting Liv again he’s at a crossroads.

It was a great read, interesting looking at the same event through different perspectives, seeing what effect it had on each of them, seeing how they became “famous” even though that’s the last thing they wanted. The bit where the hotel receptionist is trying to take pics of them to sell, making cash from what should be private is sadly so real, something that seems to happen all too often, and was a small section that brought more of the novel to life. It was the little touches like that which made it feel so real. We all hope never to get caught up in anything like that but for some people it becomes real, and the effects live on so long after the tragedy as passed.
The romance was muted, but still very hot, very real and posed that perfect “what happens now? ” moment – I really didn’t know how Roni would end things, it could have gone a number of ways but for me was the perfect ending 😉