The Wife – Part Three: In Sickness and In Health, (The Wife series), M.L. Roberts

The Wife – Part Three: In Sickness and In Health (The Wife series) 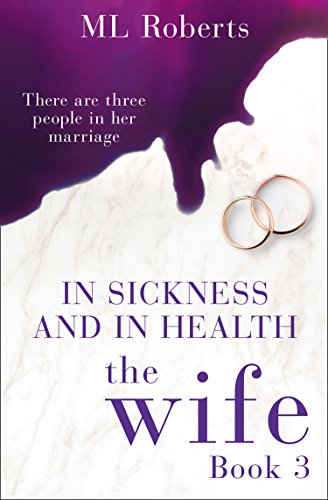 **Spoilers here for part one and two**

It was kind of obvious what was going to happen with Liam, and I don’t see how Ellie rationalises it to herself. I know her thoughts, just find it skewed. As for Liam, well, with friends like that who needs enemies as the saying goes.
Michael I still find really cold. He’s warm and charming to everyone in public but when they’re alone he just seems to shut her down. They went through a horrific experience, and he seems to feel Ellie should just be able to move on. I can’t help wondering if perhaps he talked to her earlier whether she might have been able to but she’s now in the throes of full obsession and paranoid. Or is she? After all its only paranoia if they’re not out to get you, as the saying goes….
Its a little moved on finally, Michael seems to see Ellie has issues, but his solution? Well, weird…unless he really is hiding something and it certainly looks like it. Appearances can be deceiving though but that ending, well, can it be what it looks like or is there another explanation? I have the feeling book four is going to exonerate Michael in some way, explain all his mysterious activities innocently but Ellie’s actions subsequently will affect them. Or not 😉 . I’m not good at predicting what will happen in a story…..

As I’ve said before, I hate is that this is a four part book that could easily have been a stand alone, a each part is only around 100 pages, for me waiting breaks the tension, the story loses impact.
Sometimes it seems authors do this to maximise income, but that doesn’t seem to be the case and all four parts at current price total £2.97, which is very reasonable. I think its done modeled on TV specials which is fine for many readers, but one of the reason I don’t watch TV. I want ALL the story, not just teases.
Still, looking at reviews this works fine for other readers, the old horses for courses stuff again.

Stars: Four, some progress but is all as it seems? Just wish book four was out now!
ARC supplied for review purposes by Netgalley and Publishers