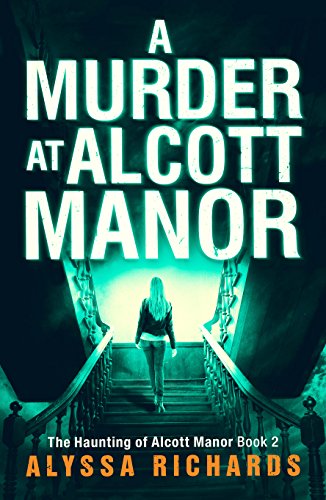 Second book in a trilogy but each are complete and can be read alone, though knowing the house history and events will make it easier to follow.

I love Layla, she was married to an awful man, pushed into it really by a combination of guilt and her awful mother. Asher never loved her, but wanted her share and her voting rights in the Manor, with ambitious plans to make himself rich. Now he’s dead, and Layla finds out she’s penniless, and discovers he had unsavoury plans for her too. She knew he didn’t love her, his treatment was clear of that, but this new development comes as a shock. Still, she’s got kids to feed and a home to find.
Mason’s finally back, guilt after leaving Layla all those years ago. I liked him, and then again I didn’t. I got so cross with his intransigence about his mothers experiences with the supernatural, its as if he knows its real, but after they were hounded because of it when he was young he just won’t accept anything other than science. So when Layla tells him whats been going on he just doesn’t want to acknowledge it just at the time when she really needs his support.
Its a gentle romance, a pick up from the past but the suspense is seriously action packed, lots of ghostly goings on…but thankfully not the sort that gives me nightmares. I have to avoid anything that could even loosely be described as horror, I’m a real wimp, couldn’t even manage some of the kids films without getting nightmares. This was fine though, intriguing, thought provoking – the “what if” scenario, just because we cant prove it does that mean it can’t exist. When billions believe in God – or a God, or multiple gods that can’t be proved we accept it but mention haunting and its tagged crackpot. Is it really so hard to think some people don’t quite want t leave, that places and buildings could soak up strong emotions? Lots to make me ponder there even though its a fiction read, and that was fun.
And I’ve rambled, but if you want a suspense of the supernatural type with a rewarding romance this is perfect.