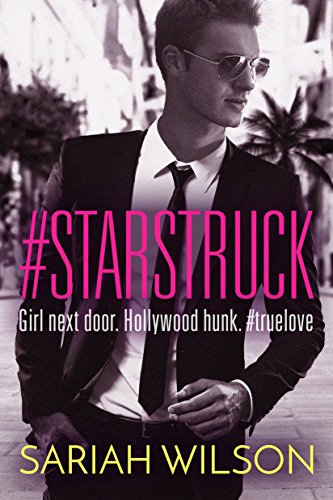 I’d enjoyed Sariah’s first Monterra novel, didn’t like the second much, so I had mixed feelings about this read. I enjoyed it pretty much as the first Monterra one, funny dialogue but a few issues with plot.

Zoe’s a great girl, I loved her younger siblings, when she was with them there were some great times, typical kid centred humour, and when Chase joined them, that day at the beach for instance, I really had fun reading about them and it tightened the connection between him and Zoe.
I did think given the * star * Chase is there would be more fan issues and more of the paparazzi out to photo him. Usually a Mystery Woman sighting would send them into a frenzy, but it seemed very muted.
Chase too is a great guy, he’s very genuine, been in the business sometime, and is jaded from the usual people who surround him. Apart from a couple of close friends he feels everyone wants something from him, tells him what they think he wants to hear and not what they really feel. That must happen a lot, its the nature of fame sadly. He makes a change too from the usual I Am Important film star/rock star type. Its good to see someone who can see through the fakers, and who values his good friends.
When That Event comes, the Big Split drama, I understood how he felt even as I felt so sad for Zoe. We are shaped by our pasts, what happens back then does influence how we act, speak, feel now, and this was a perfect example from both sides.

The things that stopped this from being five star were those issues, plus the huge one of Zoe and her friend. Would she really have been like that with a friend she’d had since childhood? I know she was making excuses to herself, but its something that we could see was going to cause huge issues when revealed. I didn’t think she would have acted that way, it wasn’t in her nature. It just felt wrong to me, jarred from the very first and was such a major part of the book.
Still, it does provide for some fabulous drama, and I adore all that and the angst that comes with it. The fallout was perfect, gave me all the sadness and grief I love to wallow in…. but I so wish the catalyst had been different.
I didn’t see the other big trigger event, noted it when it happened but it was slid in so deftly that I’d forgotten about it until the big bang so to speak. That was perfect, exactly how I love drama, when things come up that either I’d forgotten or didn’t know so it comes as a surprise.

ARC supplied for review purposes by Netgalley and publishers