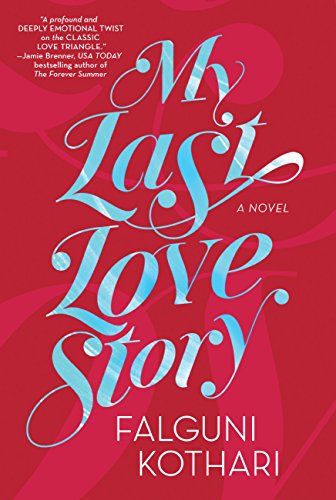 Gosh what a book this was. Its a romance…and yet it isn’t. Its full of sadness, and yet a core of happiness persists. The characters are like-able and yet possess some very dislike-able traits, and vice versa, even those I dislike had redeeming facets. Its a real conundrum of a story and its very hard to review.
Did I like it? Yes, and yet there were parts I felt really dragged, times when I just wanted Something, Anything to actually Happen.

I felt for Nirvaan, dying far too young after a years long struggle with cancer. That’s tough for anyone to face, and yet he does it with dignity. However he’s also pretty controlling, pulling everyone’s strings to make what he wants happen. Is he being selfish? Or is he just doing what he believes is the best for those he loves? There’s no doubt for me that he loves Simi and Zayaan, but does that mean he knows what’s best for them?
Simi loves him, and yet despite the way she so obviously pushes him away now we know she also still really has strong feelings for Zayaan, perhaps still loves him too. She’s had a difficult time since her parents were killed, and still carries a heavy secret that affects all three major characters.
Zayaan, he’s something of an enigma, I can feel he loves Nirvaan, and it seems he still has feelings, strong feelings for Simi. and why not? They were going to marry at one time, until they all went in different directions.

Its a hard story, seeing Nirvaan face up to dying, being with him when he faces yet more treatment. Of course his family would give all their money – and they have lots – to have him healthy again, and try to persuade him to go to a very expensive private facility that promises a cure.
Sadly, having had cancer myself, I know too well how these ar sehole people prey on loved ones, persuade them that they can do the impossible, promise a cure that just isn’t possible. Cancer can behave weirdly, go into remission for no obvious reason and the odd occasion that happens they take credit, ignore the 99.9% of patients who haven’t been “cured”, blame their lack of commitment etc.
Gah, I’ll step off the soapbox now. It just makes me so angry that people get used when their at their lowest.

Among that sadness though their are moments of light, reminders of the happy life they all led as children,  snippets of humour, and wonderful sections like the camping/hiking trip with the seal pup. Those little touches of light lift what could be a dragging down, melancholy novel.
I enjoyed the cultural side too, where they talk about religious differences, where we learn about how they do and don’t stick with their heritage, where the food and habits are described. I love that feeling of India even though its set in US, and found this part really interesting.

Overall I’m kind of conflicted. I enjoyed reading this but didn’t love it, wasn’t gripped to the page desperate to know what happens next.
It gave me lots to think about. Would I have reacted as Simi did when faced with the same situation? Was what Nayaan did controlling, or was he just doing what he knew Simi wanted to do but wouldn’t left to herself? Was Zayaan sitting on the fence, here with his best friend and his wife, the girl he once intended to marry, when waiting back in UK were the rest of his family, and his girlfriend, who he knew his mother was expecting to become his bride? Was his mother really such a bad woman or was she just being what she felt was a good mother?
The questions raised for me spiraled long after I’d finished reading.

It’s not a book I’d reread, and there were sections that just draaagged, especially when we were seeing Simi’s thoughts. Usually I like that, gives me an idea of how a character is really feeling, but for me her internal musings became long dull monologues at times.

Stars: four, an interesting story, full of detail giving me lots to think about but at times it was so slow it was hard going, and that brought it down from a five for me. 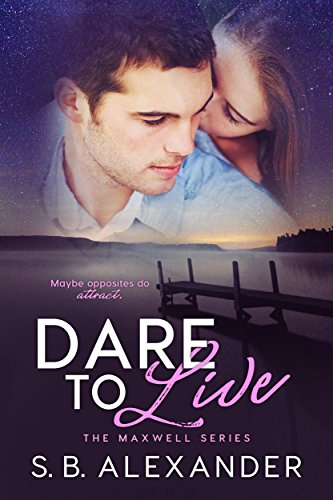 *sigh* Women’s Fiction – just why? Why exclude men, why shouldn’t they enjoy romance too? Many of them even write romance so why do we cut them out like this?
Rant over….

I was sucked in by the description, and didn’t notice it was book five til too late. Still, each are stand alone reads so it wasn’t a huge issue. I think though if I’d read earlier books I’d probably have got more from this, as it is its a decent read but didn’t have any magic for me and I found myself putting it aside for something else several times. Given there’s a slew of reviews from people that adore the story clearly its one of those reads where its Me not the book that’s out of step ;-).

I hadn’t realised Kody was so young, just 21, and Mack too was similar age. Somehow I’d got the idea the characters were all late 20’s early 30’s. It only matters in that for me at 21 he/they just haven’t usually experienced enough of life to be so mature in outlook, to be so decided about family, kids etc. Most guys at that age are still finding their feet, deciding on priorities ( Beer!!) I’m using a very rough generalisation there of course.
Then there’s Jessie, a little older but wow – that girl has the trails of job. Still grieving her mum’s death, who has her older wheelchair bound brother for whom she feels responsible, the financials of their struggling business and the breast cancer gene scenario to deal with. On top of that she gets even more drama heaped on as the story flows, accident, obsessive behaviour from an ex one nighter, possible singing stardom….

In a way I felt there was so many things happening here that it was hard for any one of them to really form a solid part. The story seemed to be so packed. Even Kody’s parents were multi layered and had lots going on. I often whinge about too simple, one plot reads, but this almost went to other extreme. Again, if I’d been following the series I think it would have flowed naturally, instead all these events and characters seemed to overload the romance between Jessie and Kody for me. My bad for not being observant enough, and if you’re in a similar position I’d say start with book one.

Stars: A good story but which didn’t really make more than an OK read for me though.