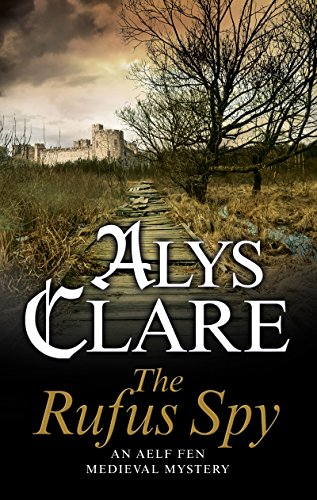 Edit: I wrote my review some time back, just noticed kindle price. Over £12 for an eBook? My experience is that prices often come down after a couple of moths so though it was a great read, I’d wait a bit before buying.

I’m an occasional historical fiction reader, and this novel appealed to me from the description.
I didn’t realise it was so far into an established series though, but the book is so contained that it was easy to follow the story despite not reading the other books.
I have to be honest here – I thought this was part of another series where I’d read many of the earlier books several years back. And – its not…though both involve the same early medieval time period, a single, independent female healer, and set in the Fens in the UK ( I know the area living in the next county)
The other series is Mistress of the Art of Death, Ariana Franklin and if you like that you’ll love this.

Its an excellent read, felt very real and I enjoyed the feeling of living back in historical times.
I felt I was there with Lassair, and she has some heavy events to content with in this book. I loved Jack, understood his frustration with his sheriff boss, a crooked man, out for himself not justice. Something not uncommon in that time sadly…
I’d like to read earlier books and see where Lassair became involved with him, and earlier with Rollo. I really didn’t like Rollo, found him quite selfish but had I read earlier books maybe I’d have liked him more – who knows?

I loved the slant of magic introduced, it’s very subdued but comes up at appropriate times, and was a fascinating addition that allowed the story to go further than it would otherwise, while still retaining credibility.
There’s something about those old beliefs in magic that appeals to me, and I have no trouble believing when its placed as it is here.

Lassair has a number of changes to her life here, a troubled and dangerous journey to undertake, and I get the sense her life is taking a big change.
The story kept me reading, interested to see what would happen, who was behind the murders, whether they were connected and if so how? I was wrong – actually I love being wrong, love a book that’s not a predictable read.
I was sad when a certain event happened, didn’t expect that and very unhappy for certain people at the ending. I’m hoping the next book brings a positive change.

I haven’t read any other of Alys Clare’s novels but I’d certainly like to, she can write exactly they type of story I want to read. One that feels real, is true to the time period and has me guessing who is behind events and why…

Stars: five, a great read, felt very real and I look forward to the next book.