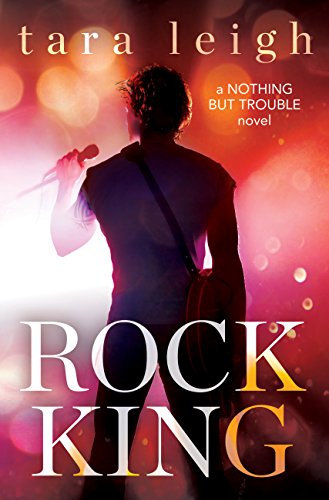 I’m a sucker for rock/film star romance, and Kristen Callihan and Kylie Scott are top of the genre for me….so this was an easy request.
How did it stand up to those two paragons of fame books, the Queens of rock romance though?

Well, to begin I struggled. Its a great start in that Delaney is the kind of heroine I love, broke, hard working and honest – well, apart from that one big thing of course…..
She’s busy at work when someone comes in who she knew from their school days, not a friend but someone who recognised her, and she’s with her boss, who thinks Delaney is perfect for his latest brief. Find a “girlfriend” for his client, rock star Shane Hawthorne. He needs someone stable in his life while touting to keep him off the alcohol/drugs fiasco. So far a serious of temporary girlfriends, NDAs and cash/chance at fame for them have done the trick. It has to be the right person though, and Travis thinks Delaney is perfect.
I loved Delaney, understood why she did what she did, and why that decision haunted her. Its a hard thing to live with, and she’s desperate to make reparations, but of course with no money, in a poor paid job how can she?
Shane too, I thought he was great. He knew his weaknesses and wasn’t going back, and so far the paid girlfriend has worked out. Travis his manager has come through every time. Delaney isn’t the usual actress, would be singer though, hoping for some of his fame gloss to rub off on her, she’s very different. There’s something about her though that Shane can’t let go, something that calls to him, makes his life brighter.

There’s so much going on in the first half and yet it felt like nothing was happening once the initial story started. Its seemed to be Will She Stay or Will She Go….over and over. So many inner musings and monologues that I felt every bit of life in the story was being dragged out, chewed over, spit up and spoiled. A really danger of me not finishing this. That’s a personal view though of course, others love it as is.
Then we moved forward and…I was hooked. Some great drama, some very real scenes, some tears, heartache, secrets laid bare and wow – that point where it all falls apart, the drama that I love. That was superb, and had the whole book been like the second half it would have been a five for me, but that slow, dull start pulled it down. I needed more action, more of the day to day things actually happening and less musing, questioning decisions, less of the whole should I or not stuff.
I certainly enjoyed Tara’s writing style though once things moved forward, and I look forward to more from the series.

Stars: four, a really slow first half for me, but a fabulous finish.