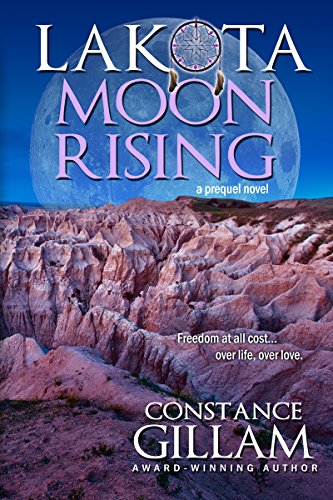 I don’t read a lot of historical fiction, I’m fairly selective but this is the sort I really enjoy, a romance, wrapped up in a very real period realistic story about the people involved, the day to day issues and events that they undertake.
Julia has a sad back story but one that was very real for the time, that affected so many people. Horrible times when people of colour were regraded as less, who had no rights, whose children could be sold like possessions. She’s determined not to give in to the under-seer, who routinely uses women for his pleasure, but knows the only way out is to run, and that if she’s caught the consequences will be horrific.
She is captured by Comanche Indians, and at that point I almost stopped reading as what happened was pretty gruesome….but I skipped some of it and then when she was traded to Trades with Horses the story really began for me. He’s a very foresighted warrior but battling not only the whites, who he knows will deceive the Indians, go back on their word, but his own people who simply don’t believe them. He’s fighting for their way of life but tragically he doesn’t stand a chance. When he sees Julia something in her sparks to him and he determines she will be his wife. Convincing her though takes time 😉 She’s set her heart on Canada and freedom. Will she give up that dream, or chose to stay with him. They undertake some perilous events, antagonism from white men and his own people in their quest to be together and its a story that I really enjoyed. It’s a shortish read, a 0.5 in a series but packs a lot in to the book.

Stars: Five, a very genuine feeling story, heartbreaking at times but with a HEA – I do need those.