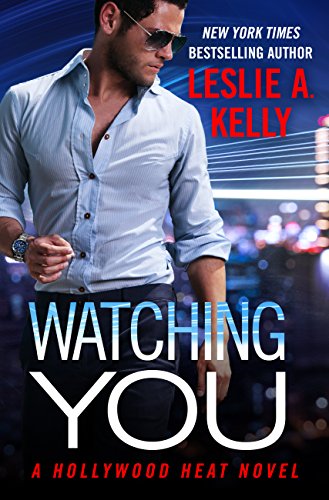 My first read by this author, so I didn’t know her writing style. It proved to be a fun read and one I enjoyed but…there were a few things that made it fall short of a five star read for me.

The way Reece obsesses about Jessica after only viewing her from a security camera and then sets up their meeting, weird. Then when he gets her alone knowing what he does about the room…well, it made me feel uncomfortable about him and full marks for Jessica for being strong enough to stand up to him, to call him out on his actions. It made him look again at what has become almost an unnoticed habit, viewing real life and acting as though he’s filming all the while and he does apologise. It was a bit weird though.

I wasn’t convinced of the romance between them, they didn’t really have enough interactions in the book for me to feel it developing, she was interning and working with him, but most of that was related “off book” so to speak and meant I didn’t get that build up from initial attraction and lust to real feelings and love.

Then there’s the mystery….s. It was hard working out was was connected and what wasn’t, whether there was one person doing multiple things or multiple people doing one or more events. Confusing and given the length of the book ( fairly average at 4500 kindle locations) it meant there was a lot of characters and detailed that didn’t really get explained properly. I did wonder as I approached the end whether all the incidences would tie up or if they would carry over into the next book, because time was running out. As it happens they did all tie up but in a way that was far to brief, lacked real detail for me. It felt a bit rushed.

It’s billed as romantic suspense, but for me the romance side fell a bit short, though I did love the Hollywood B itches – I love characters like that, and the suspense angle was overly complicated. I felt like people were put in place purely to throw in another possible suspect when the story didn’t need it and the time and words would have been better spent on fleshing out more the romance and the story-line as it was without them. ( Johnny, Alan, Steve for example, who all had stories that gave them plausible reasons to be connected to events, but which I felt were just muddying the waters rather than adding to the story overall)

Its a good start though to a trilogy and as we now know the brothers back story the next books will at least not need to repeat that, and be able to concentrate on more current events.

Stars: Three, I liked parts but felt others made things feel overdone.