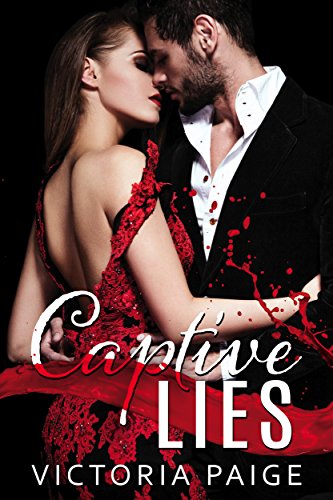 I really liked the sound of this story, and to begin I was enjoying it but….the the Russian Mafia slant came into play, and though I know there are readers who love stories with a Mafia bent I’m not one. Fortunately the Mafia were the bad guys, I really can’t take it when they’re passed of as good guys really, just misunderstood…

I loved Blaire, she was in the situation she was through her birth, nothing she could have done about it, unless she was prepared to knuckle down and have her life run by the Russians. Liam, her friend and protector was a great guy too, and he gave her the training to protect herself. I so like that, when a main character doesn’t have to depend on a man to save her but can hold her own in a fight. Grant, alpha male in the extreme and for me he was at times too pushy, too overly controlling, bordering on abusive in his need to control. Blaire is a tough girl, she’s survived despite having some bad people out to get her and though he wants to protect her he shouldn’t expect her to hand over all control to him and sit back and …well, what? Shop? Watch daytime TV? That’s just not Blaire, she paints but can’t spend all day every day doing that.

I was doing OK with the story, Grant’s obsessive personality and tendency to act like a jerk aside, but it got slowly more overly complex, with distrust everywhere, and threats from all quarters. That can be fun, keeping readers on their toes but can also mean a story gets overly complex. I had guessed one person who was not who they seemed, I wasn’t totally sure but looking back all the clues were there, I just wasn’t sure I was reading them properly – that’s good, I like to be surprised. Then the mafia and political threats began to overlap, technology that seemed improbable crept in and was used to make scenes work that wouldn’t otherwise, and it seemed a little too far fetched for me. I do need to believe in a story, and though technology has advanced hugely, and of course this is fiction I felt that some parts were a little hard for me to believe in. It seemed if you’d got money – and Grant had – then anything could be had for a price.

I wasn’t convinced by Cal, I kind of thought something along those lines would happen, there’s hints thrown in all along but I was disappointed that it worked that way – more of that improbable technology for me. I want to believe things could happen that way if this were a true story and that…nope, I can’t fall for it.

It sounds like I hated the story, and that’s just not true, these were just niggles, big niggles, for me and overall I enjoyed reading this novel. It was my first read by this author and I think if I’d read the Guardians novels maybe I’d have got more from it and understood better what they were capable of.

Stars: Three and a half, a good suspense and romance but both had too many niggles for me.