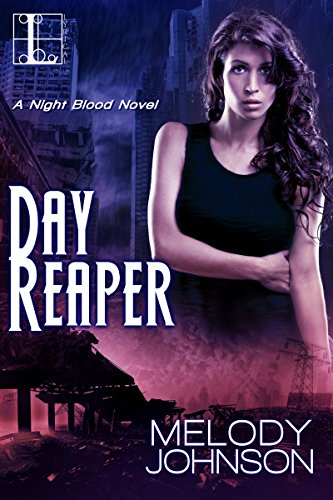 I loved the first three in this series, but this final novel was a real disappointment for me.

Its a complex cast of characters, not just the usual Humans and Vampires, but Night Bloods, Day Walkers and The Damned too. At times they overlap a lot, and I had to keep reminding myself of the differences between the groups. Its not always a s clear as it seems with Walker being a Night Blood who is out to kill Vampires ( and The Damned and Day Walkers), Ronnie who’s a Vampire but can’t seem to thrive on blood, and Cassidy’s brother Nathan transformed to one of The Damned back to Something Else….he still has the same characteristics of The damned, but not the murderous impulses and rages.

The friendships that were such an integral part of the early stories take a battering, with Cassidy fighting her friends to convince them she, Dominic and co can work with them, that they are on the side of good despite being vampires. At times its hard seeing which way either side will go. Harsh too that bonds of friendship were stretched, that Cassidy’s friends were so ready to just dismiss her, write her off a Vampire=Bad. It’s difficult too, to know who is going to help and who is just going to take advantage of the situation and change sides, or revert back to their history of preservation at all costs, or killing non humans, believing they are all evil.

The thing that really got me from this book was the credibility. Dominic has been so strong throughout, loyal to his coven, a great leader ( though I’m not sure why when the Levelling is a regular event he wasn’t more prepared…) but in this book I felt he became emasculated and that Cassidy became what I hate in fantasy reads, one of those recently transformed characters who have endless new powers popping up to save the day. It just doesn’t feel real that someone who only weeks earlier learned about vampires, gets transformed and becomes The Great Savior, so to speak, not struggling with her days only transformation but able to think clearly, adapt and do what Dominic and the others with their combined thousands of years experience can’t. I know part of it is the friendship she has with the humans but its just a step too far for me. A per hate, one that I guess won’t bother many readers, but for me which always spoils novels when it happens. 😦
I felt much of this story was dragged out just to fill pages, and perhaps the books would have been better condensed into three. Dominic could have been left as the strong, intelligent character he’s been for hundreds of years, with his quick, strategic thinking, The focus could have stayed on the Levelling, which as a huge part of the early books seemed to fizzle out into a non event really, and less attention put on Cassidy as the Saviour of Everyone! No New Girl saves the Day, keep my pet peeve out.

Stars: Three, a really disappointing ending for me, still a good read but this final book lacks the special qualities that the earlier ones had, the thing that made it such a perfect read.