Give Love a Chance, Darla Jones

Give Love a Chance,  Darla Jones 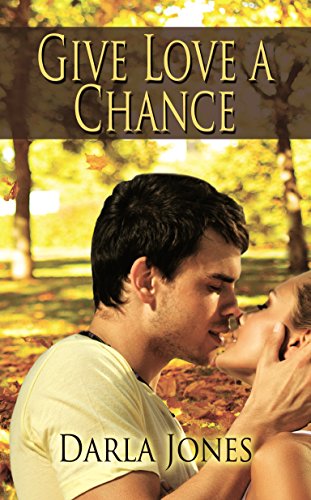 Gah, Woman’s Fiction – I hate when we dismiss a whole sector of readers. Why do that? Why shouldn’t men read this? Ah well, rant over.

Well, I saw this book had lots of five star reviews, but having finished it clearly I’m not on the same wavelength as those people as its a good read for me, could have been a really great one, but there were some irritating, hard to ignore niggles that for me really brought it down.

Evan, the man is gorgeous one moment, a true gent and then a real jerk. He reacted badly to the pregnancy news, but that could be passed off as shock, and sadly, family/friends experience. There are unfortunately women who will try those kind of tricks and he didn’t know Kim.
Once the background checks came in though, added to his experience of her at close quarters once she was living with him there was no reason for him to be so up and down, keep referring to the baby as “her baby” – the man admitted he’d had unprotected sex with her, the checks showed she hadn’t been dating others, c’mon on, own it your jerk! He was all over her one moment and then cold the next.
Kim, she let him get away with so much. Why didn’t she question about Amy, why did she just accept his cold times, why was she so grateful for the attention he gave her that she let the other times slide. I was kind of puzzled by money too, she’s skint and yet when not working, home and possessions gone, car wrecked, she still seems to have enough cash, “just pick me up a new phone Evan” – or words to that effect, and takes treats to a favourite patient and his family?
The way she and her daughter integrated so quickly with Evan and his son was weird, kids just aren’t like that, and though there was a little jealousy to begin they were soon just one unit. Real life is a bit more problematical .

I didn’t really relate to any of the characters, felt they were a little one dimensional. They were potentially great but just felt kind of stilted, unreal to me. There were things that had a lot of plot time that were not (IMO) worthy of it while others could have been expanded, gave flesh to the characters.
Evan’s pregnancy symptoms, amusing at first and second mention, by the Nth time I was rolling my eyes and irritated.
Likewise the suspense, it was such a great line, played out so well, and I really was shocked at who was behind events but somehow they way the story went it was very underdone in parts and overdone in others. It had the potential to be really breath catching the danger that was there but it got an almost lighthearted treatment until the climax.

I have to say this to finish -Evan and his undies….I cannot mentally envision the male lead wearing “fire engine red bikini briefs” and his underwear gets more mention when we read several times about his “scanty underwear”. Nope, that’s just wrong!! Back when I was reading Charlene Harris Sookie series I had a hard time getting past Alpha Hunk Eric wearing red bikini briefs…is it some US thing? Is it that UK readers simply don’t understand the attraction of skimpy red underwear on men?
I’d happily try another read by Darla, this one wasn’t great for me but it was a good read, and she clearly has great plot ideas, and maybe its just this book where the characters were a bit flat for me.

Stars: Three, a good read, but not up to that slew of five stars for me. But clearly its perfect for others. You choose 😉