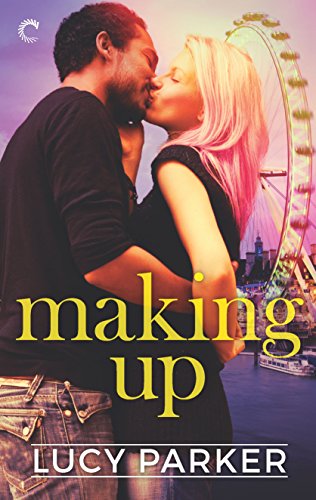 I loved the previous book, Pretty Face, and have just put the first one on my kindle. Somehow despite my intentions I missed it….In this book the characters from the earlier reads are here but the books are each stand alone stories, so its not necessary to have read the others, but is fun to catch up with them if you have.

Leo and Trix are the best of enemies, have been since they were teens and in the small theatrical world they inhabit their paths cross now and then. Each time the wit gets sharper and more caustic and to outward appearances they hate each other. Love and Hate though – two sides of the same coin the saying says…

Trix and Leo are now part of the same production, and as if that’s not enough Leo is her new housemate. ( and yes, Lucy described the aroma of a house of males perfectly!) Thrown so close together they see that the other is not quite the person their imaginations have constructed. To add to their confusion that spark that’s always made them snark and b itch at each other now has them in the grip of a sensual attraction, and they find that actually the person in their imaginations isn’t actually the real character, that the grudges they’ve been bearing are based on a flawed premise, misunderstandings, teen issues and angst.

Now they’re together that attraction is visceral, tantalising, a sensual searing that has them making out at every opportunity as if to make up for those lost years, unable to keep their hands off each other. There are some well done, heated scenes that aren’t OTT but fit perfectly the characters they are.

Its not a route to HEA though, both of them have some serious issues from past and present to contend with, and of course though their career fields match up sometimes, at others they could be not just hundreds of miles apart but whole countries. Can they work things out or are they doomed to fail?

Well, its a great fun journey finding out, full of love and angst, real issues that we have, fears and families, all the things that make life so real made these characters and their problems feel alive to me.

Stars: Five, a great fun read, and a terrific follow up books. It was good to catch up with characters from the last book, and finally book one is on my kindle waiting for time to be read…..