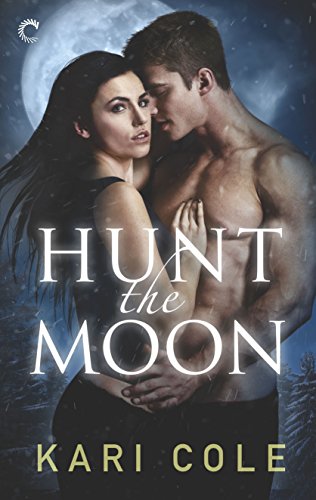 I enjoy paranormal romances, so this appealed. I did feel at first as if I’d made a mistake as it seemed to be rather cliché ridden and I thought it was going to be one of those where frankly the romances are more or less the same and only the characters and settings change. As the story continued though I found I was wrong, it took its own path, and was a decent read.

I did find Izzy’s conversion to meat eating a little weird, and also the fact that she’d managed to control her wolf and sustain herself ( though not healthily) on a vegetarian diet. Its find for humans but wolves?? The thread that usually goes through all shapeshifter books is a hungry wold is a dangerous one, and Izzy’s career choice took her into stressful, dangerous and blood filled areas.
Still, an interesting read, even if I did want to smack Luke a few times for his alpha posturing in front of Izzy. He just about stopped short of calling her Little Woman, but somehow I got the impression barefoot and pregnant in his kitchen was how he saw her ideal future with him, when she’s go so much more to offer. He did grow to see just how strong she was and respect it but those early scenes were irritating for me.
I did struggle with how was who and where they fitted in the story. For a long while it felt as if I was reading a spin off series and should know who all these folk where and how the pack arrived at the position it was in. I can’t find any other books though so I guess I’m wrong there.