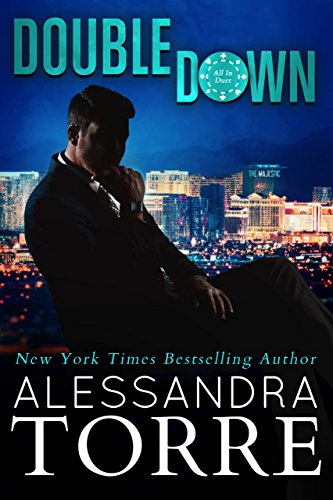 Having just finished book one I dived quickly into this. The last ended on a real cliffhanger, but everything changes when we start book two.
I wondered how Alessandra was going to work things out to give Dario and Bell a HEA, and just couldn’t see how they could avoid either the killer, Gwen’s father or the police. Its one of those stories where We know they didn’t do it but will that matter to the cops, will one of them get blamed for Gwen’s death? After all we know her father has half the local force in his pay.

Its a roller-coaster follow-up, where I wanted to scream at them for what looked a bit like complacency at one point. We know the danger is still there, and Dario is still heavy on the security but Bell is chafing at the restrictions. It brings a question up for Bell, can she live like this, Dario is always going to be vulnerable now people know how he feels about Bell, and she isn’t sure she can live with a constant shadow. Still, for them sex heals, sex talks, sex bridges all the gaps and there are plenty of Alessandra’s trademark erotic encounters.

I love the way they talk through their feelings of guilt. Its understandable, we all think “if only I…” when things go wrong but neither of them are to blame, its the person with the gun that’s wrong, not them, they aren’t accountable for another’s actions. Thankfully Dario has deep pockets as they need it in this book to avoid getting caught unfairly.

Fantastic read, had me wondering “how will/why don’t they/what about….?” and struggling for answers. I was surprised, and then surprised again and of course like most of Alessandra’s reads its not just a one plot book, but has a solid second strand that becomes joined to the first, and gave me lots to try to work out.
Fantastic ending but….I can’t help wondering about that one loose end 😉