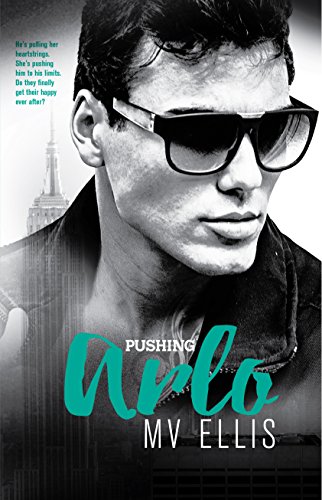 I’ve just read back my reviews of parts one and two of this series, and what stands out is I love Arlo, he’s thoughtless with Marnie, selfish at times, very focused when it comes to music and business, and thinks he’s always right. There’s no room for doubt in his life. Then he meets London…
London. I felt for her in book one, she had a tough backstory, and was one of those work through it folk, determined to get there however hard it was. Arlo was a wrench in her plans, and she so annoyed me on books one and two with her back and forth feelings. Poor Arlo must have had whiplash.
Finally they’re on the cusp of agreement, finally Arlo has broken through London’s tough barriers, and then – the proverbial sh it hits the fan and its back to basics, actually worse than that, Arlo really does have a fight on his hands if he wants London.
I got really annoyed at her in this book. She holds Arlo to blame for events that happened before they met, clinging to this idea he’s in control of his fame, she wants him but not the notoriety he brings. She’s kidding herself though, he’s falling over backwards to do his best, but he can’t change the past, and Fame – well, that’s part of who he is, what makes him the man she loves and I was so angry at her knee jerk reactions. Well, I guess to begin I understood, it was a shock, but she holds onto anger like some kind of puritan. I just kept thinking “hasn’t she ever done things she regrets? Is she really going to throw everything away – or threaten to anyway – yet again” There’s only so many times someone can say sorry, try to make things better and Arlo really was a saint here IMO. London behaves in a really callous way a couple of times here and I so felt for Arlo. Usually I’d be the other way, all for the girl, angry at the heart-breaker rocker, but he’s really trying his best and he just gets rammed back every time. Gah, was I annoyed at the woman. Arlo must feel dealing with her is like walking on eggshells.
I really struggled at times with how Arlo felt about her because she was so horrible to him, judgmental, callous, blaming him for his fame, when she’s known all along who he is…

Stars: Four. I think London’s attitude is one of the things that stopped this being a five star for me. The other is the lack of real band connection, the touring, the mayhem, the groupies, the concerts. All those make a rock star book special and TBH Arlo could be any rich famous guy here, as all those trappings were missing. Overall though its been an exciting trio, and Arlo was just perfect.