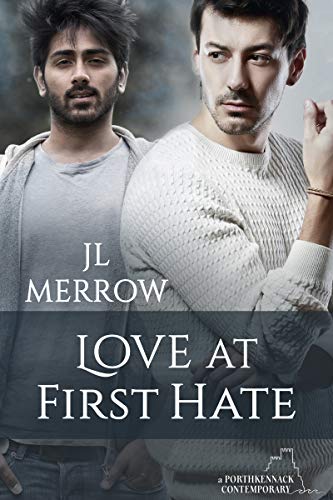 Like the Bluewater Bay series, also from Riptide, Porthkennack covers books written by different authors about the same place.

For me it means even when books are approaching double figures they still retain that freshness first books in a series have, as each author puts their own ideas and spin to the stories.

I didn’t connect this book with Wake-Up Call at first, Dev and his story rang a bell when it was mentioned, and I had to flick back and look it up. Its really interesting to see it from the other side, and I understood so much more about bran’s awful reaction to Dev in that book.

I felt for Bran here, he’d had a tough upbringing, just duty, duty, duty really, and he comes over as quite aggressive almost, very taciturn, and not an easy man to get along with. Yet when we learn more of him I felt I understood him, and that the front he presented too often was just that, almost as if that he makes himself dislikeable then he’s controlling others reactions, not them disliking him when he’s trying to be nice, but in an almost unconscious way. Well, that’s how I see him, garbled though that explantation is…

The plots were as always very intriguing and multi layered. The romance though, well, here it fell short for me. Bran and Sam don’t even meet til a good way into the book, and its as the title says, hate at first sight, and second and third. Slowly though that changes, but I found the slip from dislike to lets get together didn’t really give me the feelings they were invested in more, they could have just been a one night hook up, and then suddenly there’s indications for a future…possibly…maybe…when the stars align, then a big blow-up and its all off.

They do get past that and have a possibly HFN but I didn’t ever get that sense of passion, of emotions other than lust, and I needed that for the five.

Stars: four, fabulous plot(s) but somewhat understated on the romance side